Two week after successfully launching the Infinix S3, Transsion Holdings-owned Infinix Mobility announced the arrival of the Infinix Hot 6 Pro, and Hot 6 that are successors for the Hot 5 and Hot 5 Lite. The flagship was launched in the Ugandan market on May 16th, and as per most rumors, came with the smartphone. Including the full view display – the 18:9 aspect screen ratio, being the first to spot the feature in the Infinix line of mobiles.

Infinix Uganda, provided PC Tech Magazine with the Infinix Hot 6 Pro for review. And to be specific, the Sandstone Black color variant. However, the phablet is also available in Magic Gold and Bordeaux Red color variants.

Notably, we mentioned before that the Infinix Hot 6 Pro is the successor to last year’s Infinix Hot 5 and Hot 5 Lite, announced in August 2017. Unlike the Hot 5 series which lacked a pro version, Infinix has included a Pro version in the Hot series.

The resemblance of the Infinix Hot 6 Pro is more of like the Tecno Camon CM. Our first impression were the full display meaning no bezels, the dual camera, 4G connectivity considering the fact that its predecessor didn’t have the feature. However, before we get into the whole review, I might have to say that the Infinix Hot 6 Pro does not have much compared to its predecessor. Almost all the features are the same. The difference comes in the display ratios, camera settings, connectivity, and perhaps the FaceID feature. Other than that, there nothing extraordinary.

So here’s what we thought of the Infinix Hot 6 Pro, in the Sandstone Black color variant.

Design and Display
The Infinix Hot 6 Pro is crafted in a stylish plastic unibody similar to the Infinix S3. Has a 18:9 aspect screen ratio – meaning less bezel to give a full display. The top and bottom bezel are also super minimal compared to its predecessor the Hot 5. Measures about 8mm in thickness giving it a portability score. Has a 6-inch HD+IPS LCD capacitive touchscreen perfect if you love large screens. Boasting of 720 x 1440 pixels in resolution and 282 pixel per inch density, while the screen stretches up to 76.1% screen to body ratio. When in landscape mode, you should enjoy your movies and games in nice quality – provides vivid and nice saturated colors. The highlights and shadows do come out well. Scores a high score for the display.

While design-wise, the front sees the 5MP selfie camera and a Led flash light with ear speaker separating them. The back spots a dual horizontal setting rear cameras, a fingerprint sensor and the Infinix branding just a few centimeters below the fingerprint sensor. On the sides appears the sim card and microSD card slot on the left, and the power and volume buttons on the right. Finally the at top sees nothing, the bottom has the 3.5mm earphone jack, USB charging port, and a single Dirac 3D Stereo speaker.

Storage, Performance and Battery Life
The Hot 6 Pro comes coupled with 2GB RAM, 16GB of internal storage expandable with a microSD card slot of upto 128GB housing a Quad-core Snapdragon 425, 1.4GHz chipset featuring Android 8.0 topped on with the XOS 3.2 Hummingbird mobile operating system, supported by a 4,000mAh non-removable battery that can last up to 18 hours on a single charge, and heavy usage.

We were impressed that the phone never hang or lagging while multi-tasking, playing heavy games, playing multimedia and streaming. This gave a score from most critics. Performance is always a major issue.

The Infinix Hot 6 Pro does support 4G connectivity unlike its predecessor that couldn’t. So if you have good internet connections from your ISP then you will have awesome connectivity.

Cameras
Okay! Infinix, did a good job on having a dual rear camera setting for the Hot 6 Pro. But was it worth it? I really don’t think so. The two primary and secondary sensors spot a 13MP+2MP. In my opinion, Infinix should have made it more like 8MP with the least being at least 5MP. Or, they would have at least used the same design used for the Infinix Zero 5. It’s dual camera system has a primary 12MP with a f/2.0 aperture, and a secondary 13MP f/2.6 2x telephoto camera with 2x optical zoom over the primary lens. However, the cameras did provide some good photos even though they weren’t that crisp.

On the other hand, they front facing camera comes at 5MP with a supportive led flash for low light photography. It did provide fair photos, its beautify mode feature does add more sharpness to the photos which is not bad.

FaceID and Fingerprint
FaceID is becoming the new feature in the upcoming flagships. And looks like Infinix has adopted to now this trending feature to add more security and privacy to its smartphones. It takes up to like 5 minutes or even more to get this right while setting up. During the setup, the users’ face has to be between 20-50cm towards the phone, as well as appear properly in the circle to get it right. It took me nearly 6 and half minutes to get this right. I was almost giving up seeing that it was consuming a lot of my time.

While on the other hand, the fingerprint takes less than 1-2 minutes to set up.

In my opinion, I prefer using the fingerprint to the FaceID feature. Even though Pins, Patterns, and Passwords are still the best. Fingerprint beats all this in terms, say speed. It takes near a second to have your phone unlocked compared to one using the pins, passwords, or patterns. You have to have to press the power button to open and using your credentials to unlock.

Conclusion
The Inifinix Hot 6 Pro is a mid-range smartphone. If it were a high-end smartphone then its features would at least be more of what we have now or what we expected. We guess, the company has a high-end device they are planning to launch later this year.

I personally preferred using the fingerprint and pin to FaceID. But still, the FaceID is an awesome feature, that every handset should give a chance.

Price and Availability
Priced at UGX 539,000 and is available in all Infinix stores, and other authorized stores countrywide. 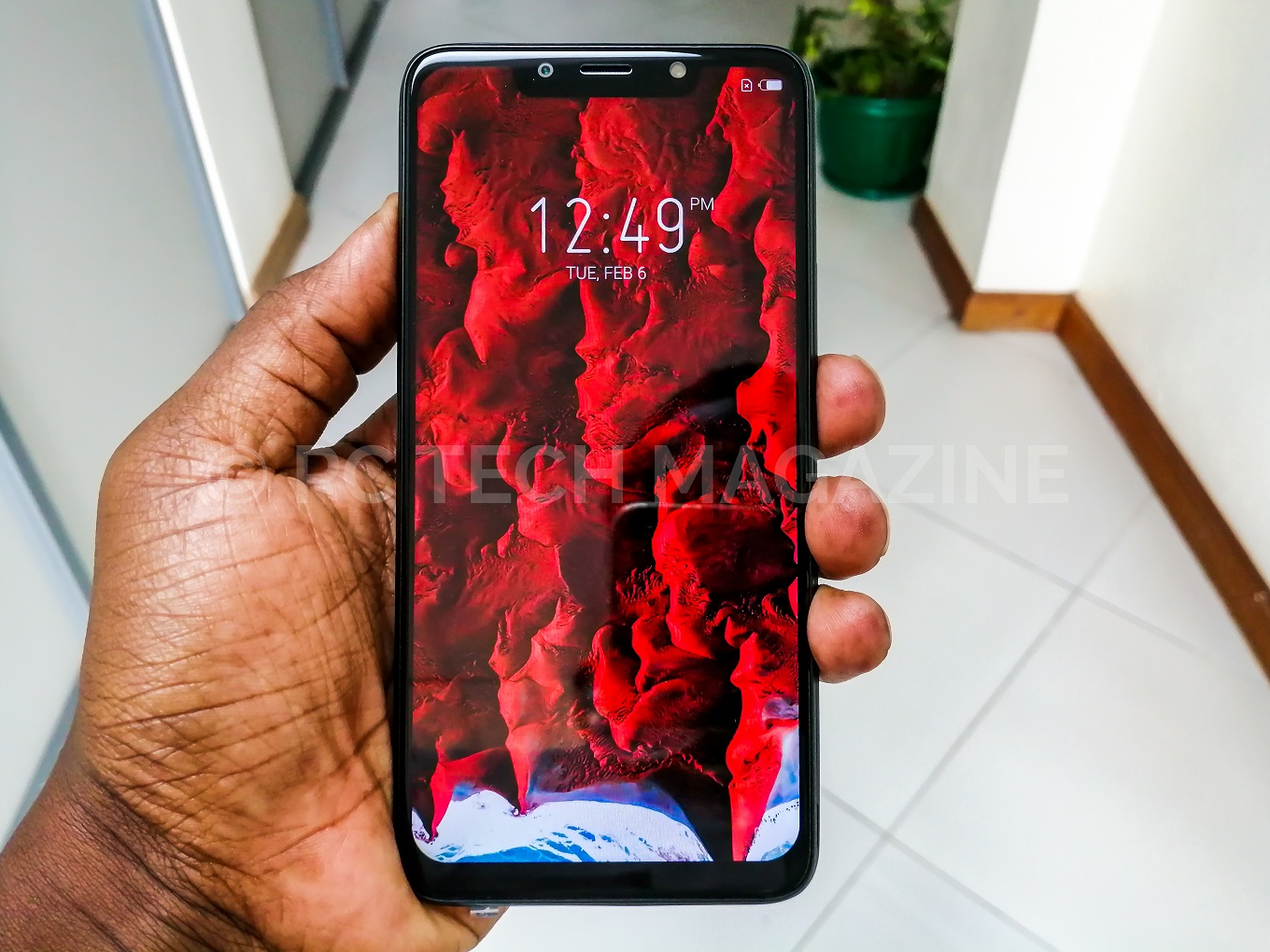 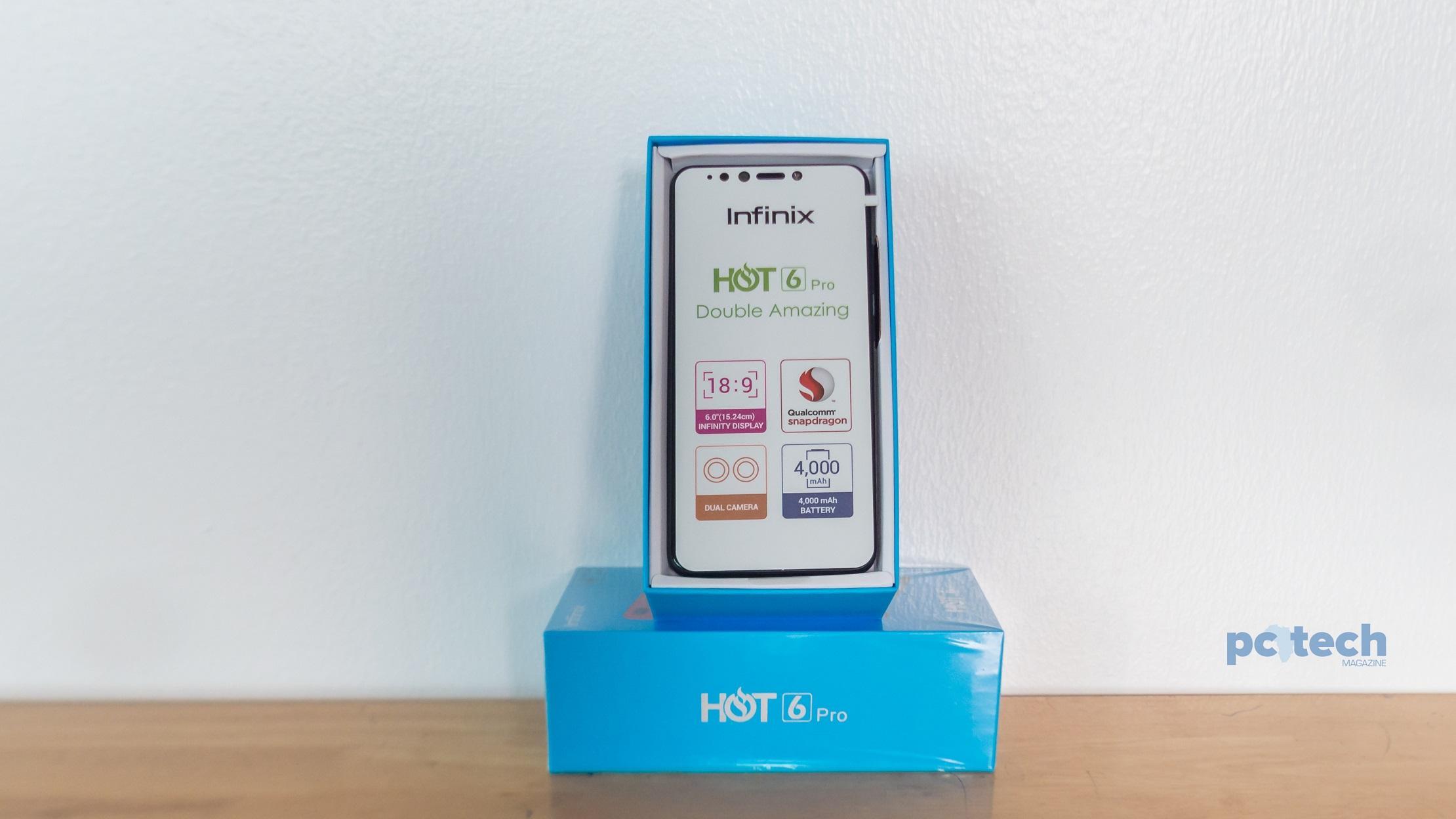 Our Expectations About The Infinix Hot 7 A Head of Launch 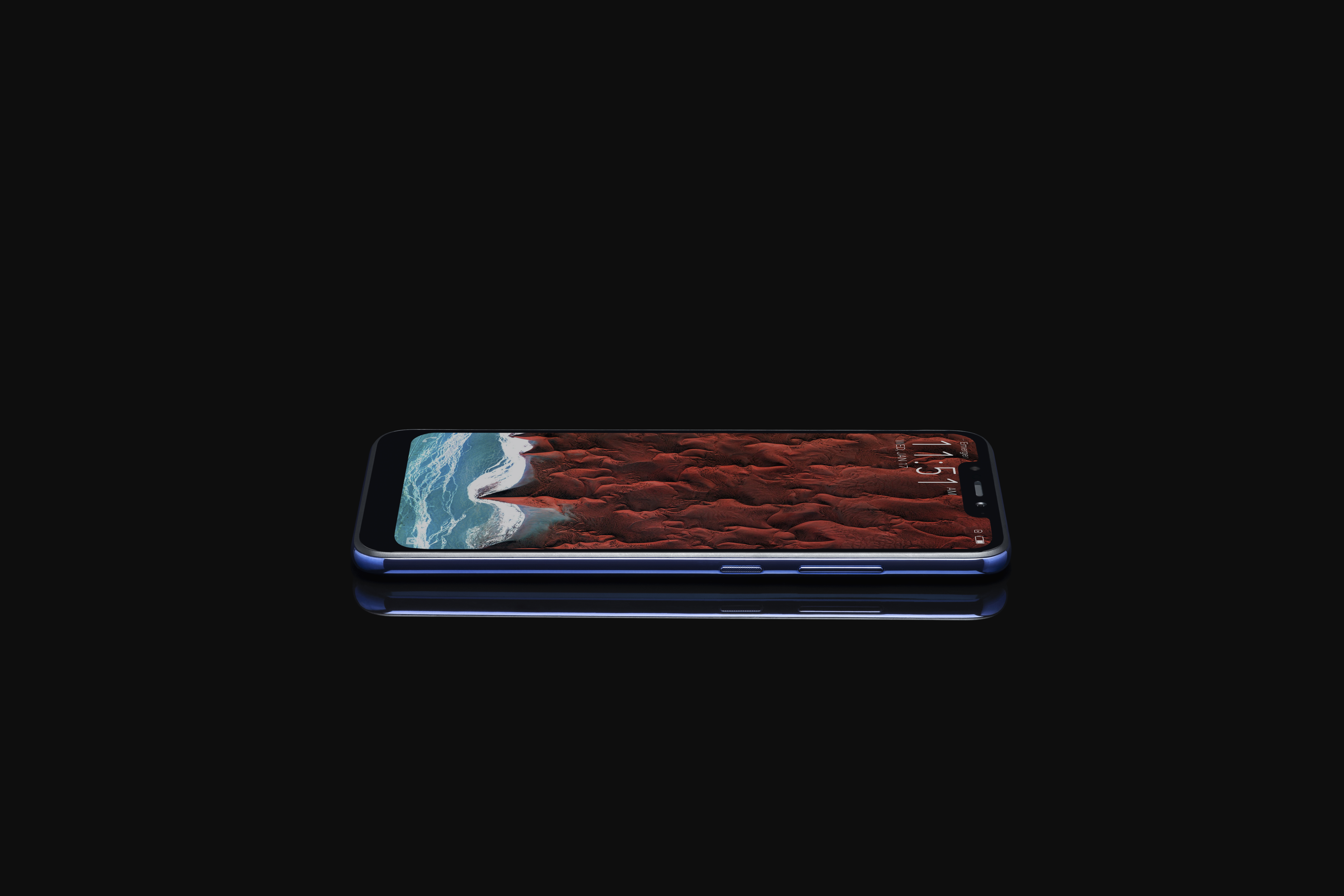 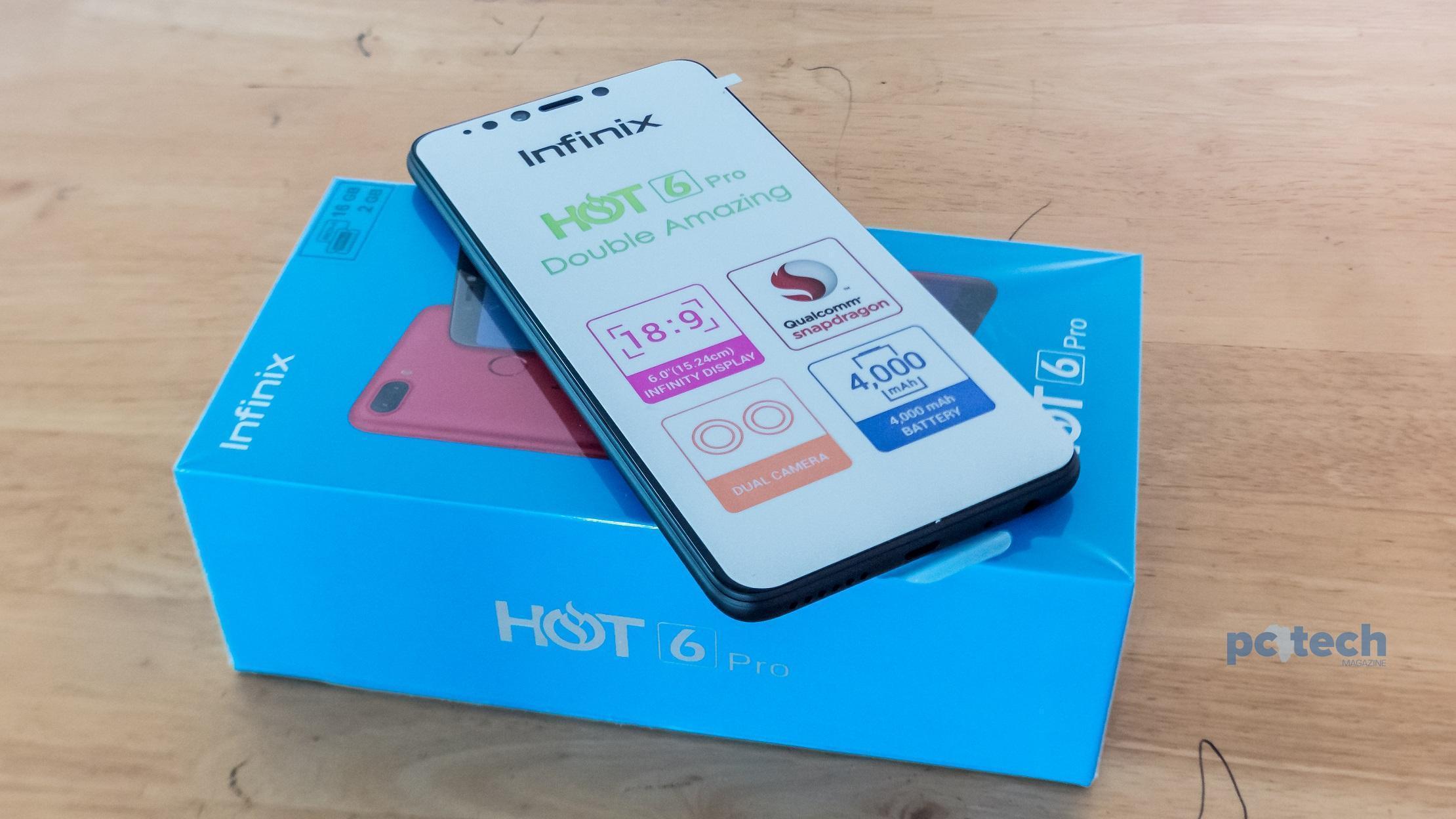 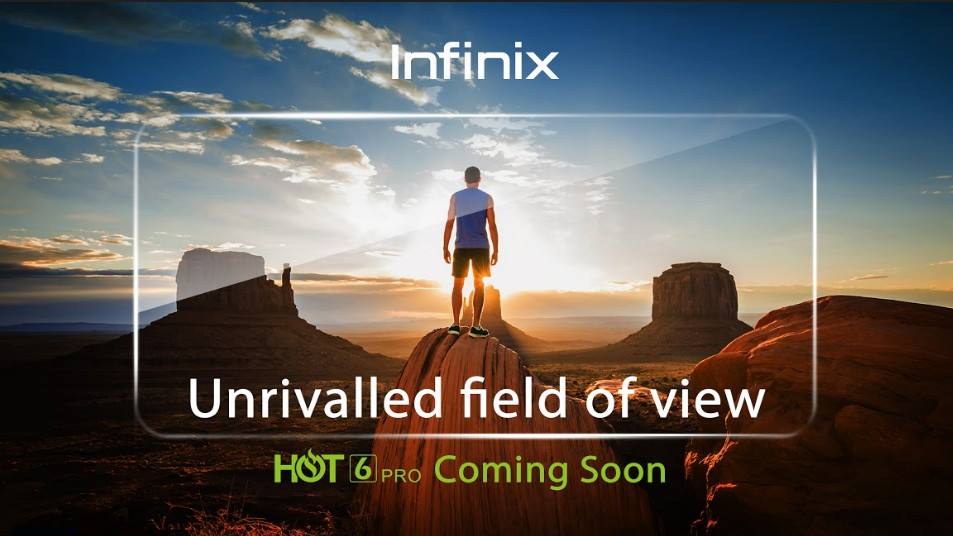 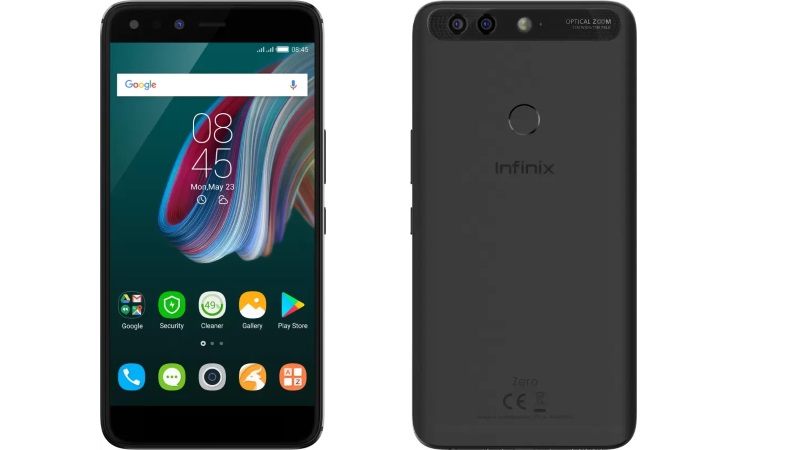