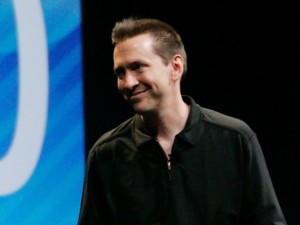 At least one former Apple exec wasn’t surprised or sad to hear the news that  iOS chief Scott Forstall will be leaving the company.

Tony Fadell, Apple’s former top hardware designer and the man considered to be the brains behind the iPod, told the BBC in a recent interview that Forstall “got what he deserved.”

Fadell continued, “I think what happened just a few weeks back was deserved and justified and it happened.”

Forstall was an influential figure at Apple for years who oversaw the development of the company’s mobile operating system and was at one point seen as a possible successor to Steve Jobs. His departure was announced last month as part of a larger executive shakeup at the company. Several reports since then have suggested that Forstall didn’t get along well with some other key players on the team and angered CEO Tim Cook by refusing to apologize for Apple’s maps application.

In the interview, Fadell hints that Forstall wasn’t exactly a beloved figure at the company probably won’t be missed much. “If you read some of the reports, people were cheering in Cupertino when that event happened,” he said.

Fadell, who left Apple in 2008 and went on to create the Nest thermostat, went on to argue that Apple and its employees may actually be in a better position now that Forstall is gone. “I think Apple is in a great space, it has great products and there are amazing people at the company, and those people actually have a chance to have a firm footing now and continue the legacy Steve left,” he said.