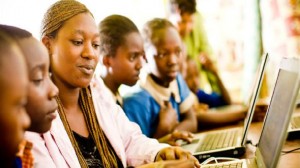 Microsoft’s Partners in Learning Global Forum officially kicked off in the Czech Republic’s capital of Prague and is expected to attract over 650 educators, policy makers and learners from 86 different countries to identify and explore new ways in educating learners through technology.

Anthony Salcito, Vice President for Worldwide education (image: Charlie Fripp)Microsoft is a key player in the education space and it is incredibly important to them, as Don Grantham, President of Microsoft for Central and Eastern Europe, explained.

“This is a new era for Microsoft, but also a new era for education. Education is very important for Microsoft – it always has been, and always will be. Microsoft is here to serve all customers’ needs and we’ll do that in any way we can,” he said during the first keynote address.

Grantham added that Microsoft has been operating for more than 35 years and that they will be forever active in the education space.

He also highlighted some new products that Microsoft will be releasing that will make education a lot more accessible for all consumers.

“We have some exiting new stuff in terms of products that will help in education. Education is a pillar in our strategy and our visions are about sustainability and new ways to use education to drive economic growth,” he added.

He revealed that there are more than 65-million educators around the world and they need all the help they can get. “Kids today need technology skills to be successful in the world. More than 50% of jobs require some form of IT skills, according to the IDC, and they predict that will rise to 75% in two to three years. We’ll help people reach and realise their potential. Never before has our work in this space been more important,” he said.

Grantham also presented the delegates with a Microsoft Surface and Nokia Lumia 920 device, as the Surface is Microsoft’s tablet and the Nokia makes use of Microsoft’s Windows 8 operating system.

“This year is Microsoft’s biggest year for product launches and most of the products can be worked back into education. Unlike our competitors, we don’t see the greatness for hardware and don’t want to compete with OEM. With the Surface, we wanted a lighthouse machine compatible with any device that makes use of Windows 8. It’s great for creating and consuming information, and great for education,” he concluded.

Anthony Salcito, Vice President for Worldwide education, welcomed delegates to the summit and highlighted the importance of such summits.

“Microsoft’s Partners in Learning Global Forum is a great journey. The summit isn’t only to see some of the stand-out products and presentations from around the world, but to make those products and demonstrations the norm. We have been committed to drive change for many years, and I’ve been humbled to be part of that journey,” he said.

Windows 11 Compatibility Check: How to Know If Your Laptop or PC is Eligible for Upgrade