SafeBoda has updated its applications (Android and iOS) which now allows its Ugandan customers/users to buy airtime using their credit.

As seen from the Google Playstore, SafeBoda specially points out the update is only available for Uganda even with the firm having operations outside Uganda.

In May the company rolled out its redesigned app to its users — however great the app looked, it wasn’t welcomed and liked by some. Mostly because of its location drops, and delay in loading when opened. And the one reason SafeBoda redesigned the apps was to improve location accuracy. While it was working for a few who actually had to turn their location accuracy high from their phone’s setting, to some it wasn’t.

Many claimed that SafeBoda hadn’t fixed some bugs before rolling out the app preferring the old app to the new app. Now in the new update being rolled out, SafeBoda says it has been in position to remove some bugs.

But the biggest feature in the update is the option of buying airtime.

In a media brief with SafeBoda technical team in May, before officially rolling out the redesigned app, said it was working to see their apps could do more than just book for a ride.

Among the developments they mentioned would be the ability to buy airtime, send groceries (or any other goods), share SafeBoda credit, among others.

The company seems to be putting this in place, as it has now made the airtime payment option available. PC Tech Magazine managed to see a send grocery option in development and could be rolled out in the near future.

The airtime feature allows users to buy airtime for; MTN, Airtel or Africell using their SafeBoda credit, with no additional charges incurred. Here’s how;

Buying Airtime From SafeBoda Cashless Account
First you need to make sure you have some cash on your account. If you don’t you need to credit your account using either MTN or Airtel mobile money (HERE’s HOW).

In a press statement, SafeBoda Lead of FinTech; Mr. Kamanzi Nicholas, said; “Buying airtime does not have to be time consuming. The current experience requires one to have Mobile Money or to be within walking distance of an agent.”

“We know that SafeBoda’s cashless customers buy airtime daily, so to make the cashless experience even more convenient for all users, we have not just added an airtime feature into the app, but we have reinvented the entire experience to make it 3 times faster than buying from anywhere else,” he added.

The company still dominates the moto-taxi hailing business in Uganda, with its strongest competition being UberBoda and Bolt (formerly Taxify). It now records over 10,000+ riders operating in Kampala, a milestone they hit in June.

Its first ever rider; Moses Musinguzi took to the excitement to Twitter sharing a photo of him holding the first helmet with the 10,000 rider. In his tweet, he wrote;

“Thanks for travelling with us to this milestone. We are finally 10,000.”

Meanwhile, SafeBoda expanded to Mombasa recently putting a hold to Lagos where they had to be first before Mombasa. 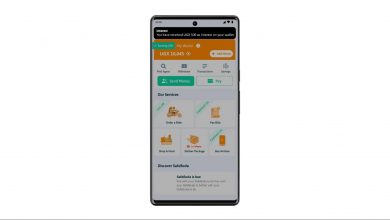 10 Things You Can Do Right Now With The SafeBoda App