The new itel in the s-series; the itel S13 is the successor to last years itel S12. And there’s no doubt that the successor has been revamped beyond the S12. Launched early this month, the flagship smartphone was priced at UGX290,000 in the Ugandan market and is widely available in all itel Mobile outlets and other authorized smartphone outlets. It’s avilable in Champagne Gold, Midnight Black, and Red color units. We continue to emphasize that itel mobiles are most entry-level smartphones and suit (with the highest percentage) those on a tight budget.

Like we mentioned before the S13 is better than the S12. In our quick review, we pointed out some features and specs such as; dual camera, bezel less, display, and the build. Which are quite average to the users.

After the launch of the flagship smartphone, itel S13, the company handed over a Midnight Black color variant to PC Tech Magazine for a review – and we have to say it’s a smartphone produced for its best. Even with a few glitches, the flagship is still awesome, recommended mostly for first timers, on-budget users, minimal handset users, to mention a few.

Design and Display
The itel S13 comes with a 5.5-Inch IPS Full screen display with a resolution of 480 x 960 pixels and 196 pixels per inch density for sharp visuals. The color contrast was balanced. The flagship comes with a plastic build finish with curved corners in a color finish selected by the user from black, gold, or red. itel did try to work on the bezel part, reducing the side bezels but left a larger space on the bottom. If the navigation keys appeared inside the panel, it would have been much better if the down bezel was reduced.

On the build, the 3.5mm earphone jack appears on top, volume & power button on the right, a USB Type 2.0, mouth piece appear on the bottom. The fingerprint sensor is at the back at the top center below the dual-rear camera. The mono speaker is placed at the bottom left corner a few inches from the itel branding.

Performance and Battery
The performance of the S13 was moderate. You could multi-task and switch between applications and you would have no lags or slow responses. However, on a 1GB RAM it shouldn’t be taken up a lot on heavy applications. Running on Android GO Edition tries to optimize the performance of the phone to give its users its a non-hectic experience. On the battery issue, seems itel decided to stick to the 2,400mAh removable Li-lon batter just like its predecessor. It did last for a day on a single charge even using the handset extensively. However, its battery saving mode if/once activated, can get at least a half of battery usage.

Software and Storage
The itel S12 run on Android 7.0 Nougat. But with Transsion Holdings (parent company of itel Mobile) recent partnership with Google, the S13 runs on Android 8.1 (GO Edition). Well the OS on a 1GB RAM, Quad-core 1.3GHz processor, and 8GB internal storage, the OS will optimize the performance of the smartphone. It’s unless the user installs heavy applications that it will start slowing down.

Camera Performance
The S13 has the opposite of the S12 when it comes to cameras. The S12 had dual front cameras, and a single rear camera. On the S13, has a single front facing camera with a 13MP sensor, and a dual-rear camera with 5MP each sensors. All cameras come with autofocus, and single LED flash. On the handy features, are the HDR, and the beautification modes to give more detailed, crisp photos. Other modes that come on the rear camera are Low Light, Pano, Portrait, and the Pro mode. On the picture quailty, you get 4:3, 16:9, and 18:9. 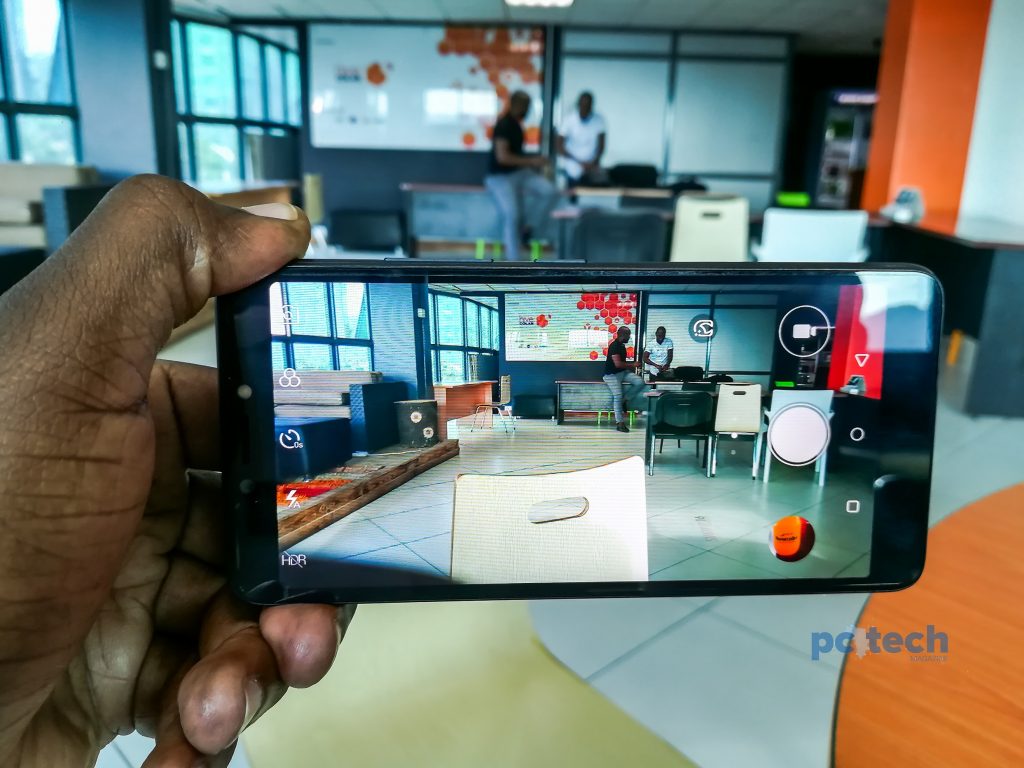 The shots produced were quite great with the rear cameras.