It powered and backed by a non-removable 3000mAh battery.

As we managed to have the black and blue flagships, and after a month of use, we’ve got our review.

Design
The P8 Lite is a sleek, slim, and portable phone sporting a front/back glass, aluminum frame that offers a good grip and premium feel. It comes in three color variants; white, blue, gold, and black. The fingerprint sensor is seen at back just below the rear camera setting a feature that is pretty accurate and fast. 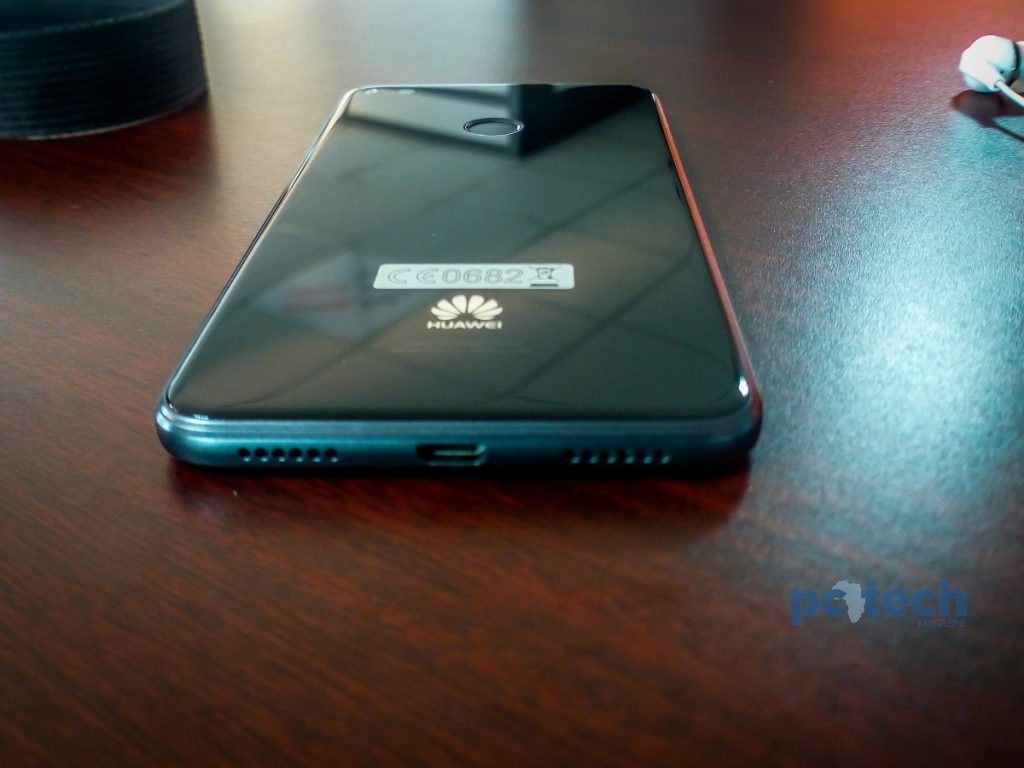 The rear camera as mentioned is at the back with a horizontal setup while at its sides its the simcard tray combined with a microSD card slot (at the left), volume setup, and the power buttons appearing on the right. At the top left has the 3.5mm earphone jack port, and the USB Type-C charging and data transfer port, and two grilled speakers at the bottom. Finally the front camera appear above the display screen next to the phone call speaker.

Display
Comes with a 5.2-inch full HD display which offers 1080 x 1920 pixels, 16:9 ratio (~424 ppi density) – of the real estate to flaunt a full HD JDI display. The IPS LCD capacitive touchscreen with 16M colors panel produces decent brightness and colors come out vivid. The video experience on the phone was good, the colors are bright and vivid and the detailing is very good. Overall the display qualifies as decent and does a good job in sunlight as well.

Performance
The smartphone runs Android 7.0 (Nougat) mobile operating system which is powered by a Octa-core (4×2.1 GHz Cortex-A53 & 4×1.7 GHz Cortex-A53) coupled with 2GB of RAM and 16GB of internal storage. For graphics, the handset packed in a Mali-T830MP2 GPU. Therefore, the performance was smooth, I was able to play a few games on it including; FIFA17, Temple Run 2, Sniper 3D Gun Shooter, and it was able to show the highlights, the blacks and colors were all displayed perfectly – and were able to run smooth without holding back or freezing, the same thing went with browsing.

Camera
This always my second biggest emphasis when it comes to reviewing smartphones since the camera is one of the main reasons people buy smartphones. The rear cameras is a 12MP and adds an autofocus and a LED flash as well. The photos taken on the device are satisfactory – detailing is a problem as the photos appear over saturated.

Battery
The handset has a Non-removable Li-Ion 3000mAh battery which can keep the device running for a long time considering the holder is a moderate or minimal user. The device can manage to run the whole day on a single charge (again considering that the holder is minimal user). I managed to watch and stream video, playing music, over taking pictures, social networking, as well as playing games, and the battery was drained so fast, had to charge twice in a single day.

What we liked about the Huawei P8 Lite

What we didn’t like about the Huawei P8 Lite