When the mobile strategy game Clash of Clans became a billion-dollar success story, there was no shortage of app developers trying to create titles with ambitiously similar gameplay. The same rang true when League of Legends showcased how Multiplayer online battle arena games (MOBAs) can be insanely profitable without IAPs that unbalance the playing field. Mobile app stores are now full of strategy-building and MOBA games, and while very few have come remotely close to the financial successes of Clash of Clans or League of Legends, there’s a few worthy alternatives out there.

Let’s begin by examining what makes each genre so particularly successful, because comparing their revenue models is like comparing apples and oranges. On one hand, Clash of Clans is a freemium-based game that speeds up your game progress for buying IAPs, but this doesn’t necessarily make it pay-to-win. In pay-to-win titles, you generally pay for upgrades that give you a distinct advantage over other players. In Clash of Clans, you can pay to speed up the construction of your empire, but you’re still matched against players of a similar level in PvP – thus, spending money won’t enable you to dominate anyone in PvP unfairly, but rather allows you to enjoy the game more quickly.

MOBAs like League of Legends generally operate in a similar freemium-based model, relying on revenue from IAPs. But the IAPs in MOBAs are rarely pay-to-win, as almost all IAPs in most MOBA titles are 1: New characters, and 2: Skins for characters. And because MOBAs are generally quite focused on balanced, skill-based gameplay, there are many cases where paid-for characters have no distinct advantage over cheaper or even free characters.

With all that said, this list of strategy and MOBA games for mobile / tablets has been carefully assembled, with particular attention being paid to gameplay and whether or not IAPs unbalance the game for free players. 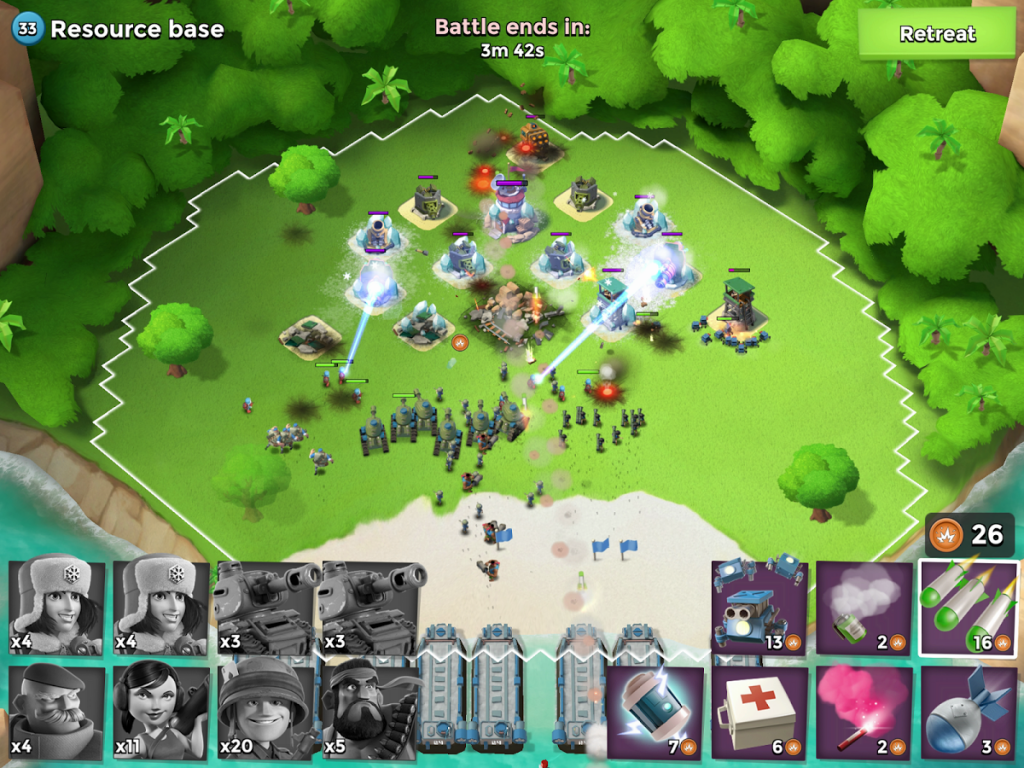 For a fun and engaging Clash of Clans alternative, you may need to look no further than Boom Beach, which is from the same developers! You could essentially consider Boom Beach to be Clash of Clans 2, as Supercell kept the same gameplay formula, but the game is set in a Pacific Theater type of world. Thus, you’ll build more modernized units than you would find in Clash of Clans, such as radar dishes and gunboats.

Some of the most noticeable gameplay changes in Boom Beach, as a spinoff / sequel to Clash of Clans, are the much shorter build times – but only 1 building can be upgraded at a time. The longest build times in Boom Beach (without IAP gems to speed things up) is around 2 days, compared to Clash of Clans which can have upgrade times up to 2 weeks, at the higher building levels. PvP matchmaking also feels a bit more balanced, and there’s no penalty for skipping fights. 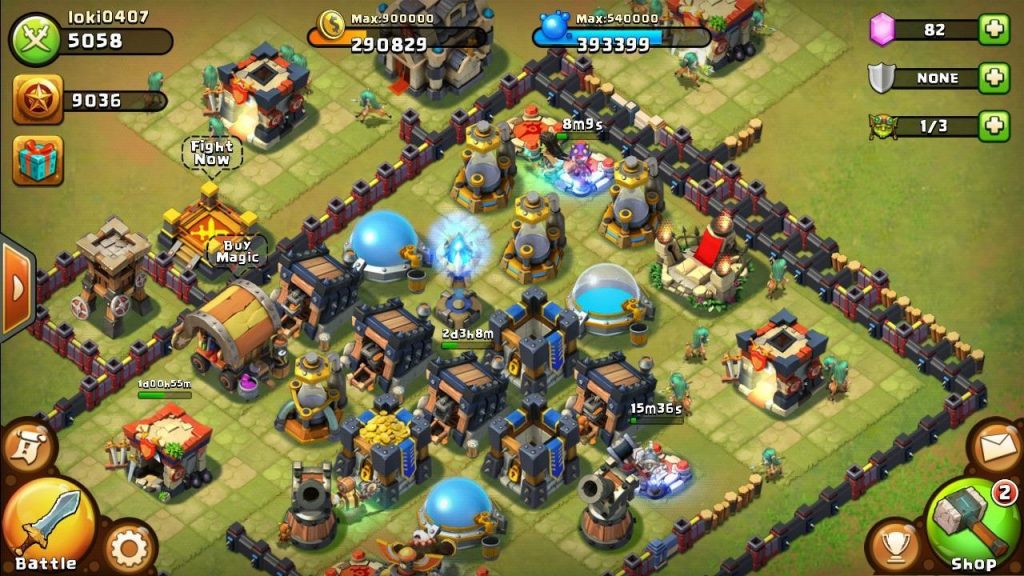 Castle Clash is one of the more popular base-building strategy games that draws a lot of inspiration from Clash of Clans, yet adds several unique mechanics to the genre. These mechanics that set it apart from other games in the genre include a hero progression / leveling system, hero arena, base-defense objectives, and the inclusion of magic-type units. You’ll also progress and earn gems (IAP currency) faster than in CoC. 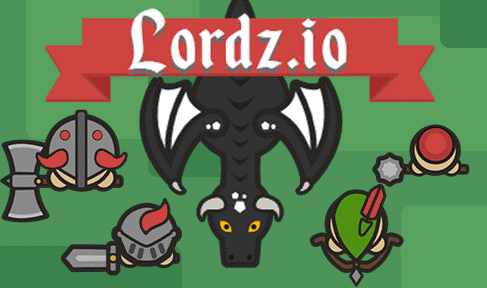 Lordz.io is a browser-based medieval war strategy game, a bit of a cross between Clash of Clans and Agar.io. You collect gold, build a base and train soldiers to go to battle against other players in real-time, on large server maps. You can also buy dragons to demolish other player’s armies. It’s a great example of how HTML5 and WebGL is becoming a fantastic platform for online competitive gaming, even on mobile devices, as all mobile tablets and phones can play browser-based games without downloading an additional app. 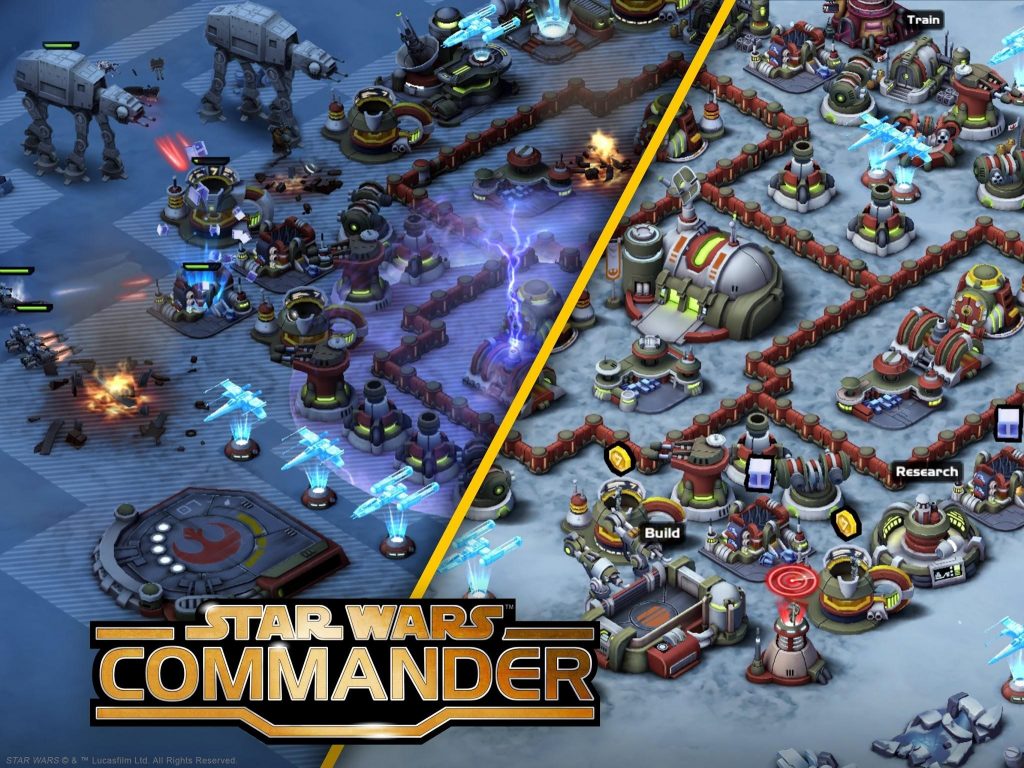 Star Wars Commander is basically Clash of Clans with stormtroopers and lightsabers – you could, in fact, consider it a carbon-copy of CoC with a Star Wars skin. There is almost literally nothing in Star Wars Commander that sets it apart from Clash of Clans, but if you’re a fan of both, this may actually be up your alley. You have all the familiar gameplay elements of CoC, but with wookies and droids. What more could a Star Wars fan searching for a CoC alternative ask for? 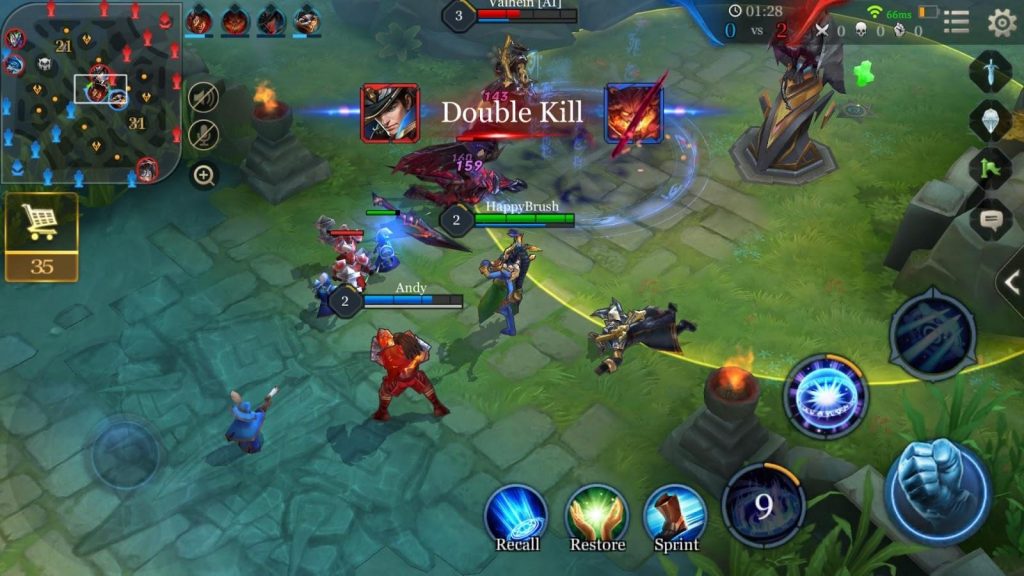 If you’re looking for a League of Legends alternative for mobile devices, you’ll most likely be highly satisfied by Arena of Valor (Honor of Kings in China). It was designed by Tencent Games, a Chinese company that currently completely owns League of Legends, so AoV is basically LoL-mobile. There’s a huge roster of original champions, with a few DC-licensed characters like Batman, Superman, The Joker, The Flash, Spiderman, and a few others sprinkled into the game universe. The DC characters aren’t a central focus of the game by any means, they’re just a fan-service because of a licensing deal between Tencent and Time Warner. Still, it’s pretty novel to see Batman running around the jungle and ganking other characters. Overall, if you’ve played League of Legends, Arena of Valor will feel extremely familiar. 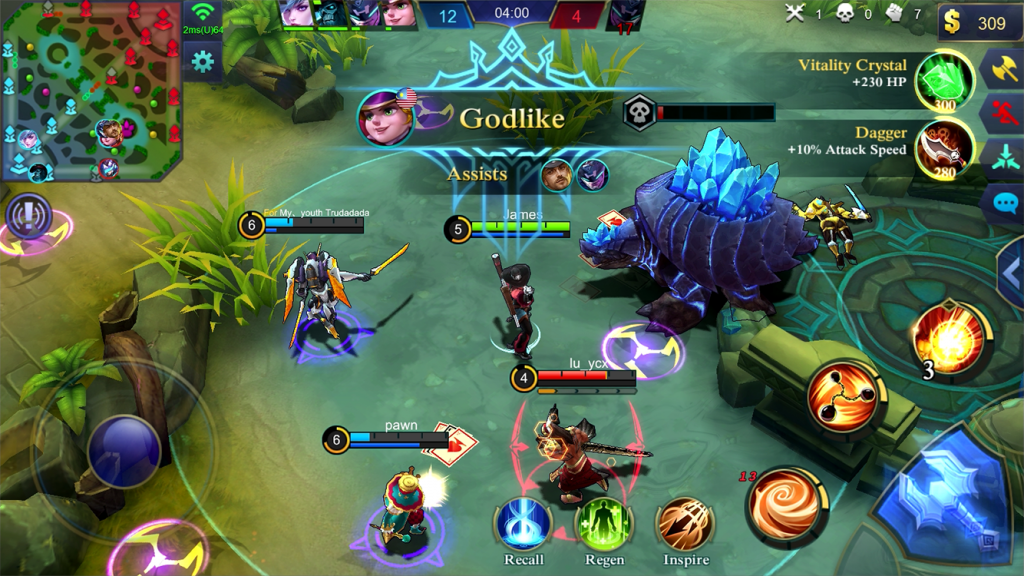 Mobile Legends: Bang Bang is so similiar to League of Legends, that Riot Games (publishers of LoL) actually filed a lawsuit for multiple copyright infringements. Moonton, the company behind Mobile Legends, took the game down from app stores, made a few logo and game map tweaks, and re-uploaded it. It’s still a near exact copy of League of Legends for mobile devices, and a pretty darn good one at that. The large champion roster feels very balanced, and while a lot of the champions feel like straight up clones of League of Legends champions (Miya in ML is basically Ashe from LoL, right down to the skillset, for example), but there’s enough unique content that Moonton hasn’t faced any further copyright infringement claims. 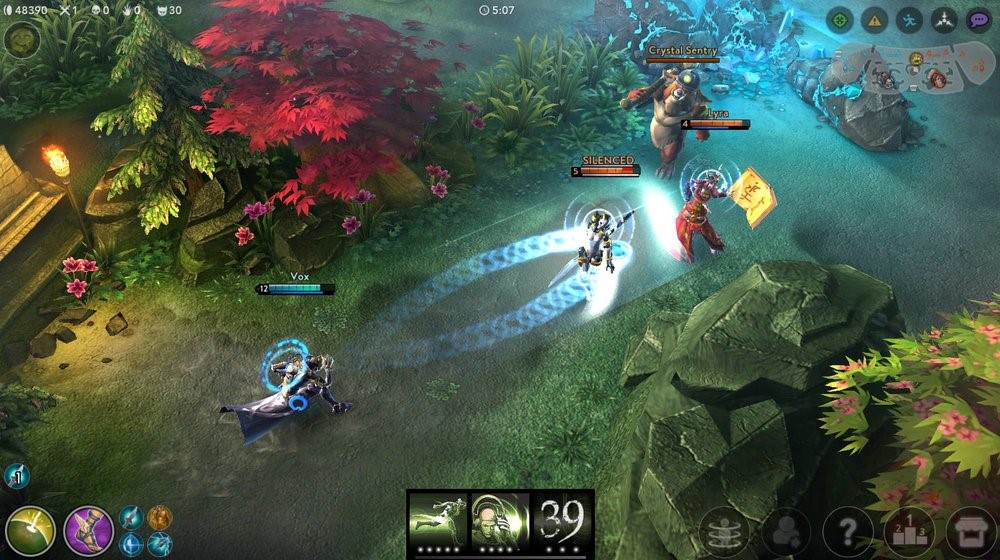 VainGlory sets itself apart from other titles in the MOBA genre by only offering 10 characters, but focusing much more on the teamwork and coordination. It is probably one of the most skill-based MOBAs available with an emphasis on the early-game teamwork. For example, in most other MOBAs its not unheard of for a team losing badly to make a sudden comeback in the lategame – but in VainGlory, the early dominating team will win 99.9% of matches.