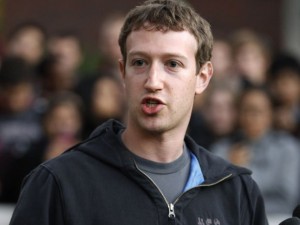 November was a good month for Facebook and its CEO Mark Zuckerberg.

Facebook‘s stock shot up from $21.08 a share on the first day of trading in November to $28 a share at the end of the day Friday, its highest price since July. Zuckerberg, who owns about 504 million shares of Facebook stock, gained about $3.48 billion as a result.

When Facebook first went public at $38 a share in May, Zuckerberg’s shares were worth $19.1 billion. In the following months, the stock dropped to less than half that IPO price to $17.55 in late August, pushing Zuckerberg’s net worth down to $8.84 billion.

Since then, Facebook’s stock has recovered in fits and starts and so has Zuckerberg’s wealth. November proved to be by far the most robust growth month for the stock to date, thanks to two big factors. First, the company had a strong earnings report in late October, which showed that Facebook was making progress in monetizing mobile. Secondly, the second and largest lockup period for stocks held by employees finally expired in the middle of November, which was something investors had been dreading for months and arguably held down the stock price.

As of Friday, Zuckerberg’s net worth was $14.1 billion and will likely only continue to grow in December.

Facebook’s stock is approaching $30 a share and analysts continue to raise their price targets for the stock on the potential to generate money from mobile ads and other revenue sources like the recently launched Gifts service. Arvind Bhatia, an analyst with Sterne Agee, upped his price target on the stock last week from $26 a share to $32 a share. Likewise, Topeka Capital raised their price target from $34 a share to $36 a share.

Perhaps Zuckerberg and Facebook will manage to end this year on an up note after all.