Take a look around today at people in line at Starbucks, on the train platform or waiting for their bags at the airport.

Odds are, a huge chunk of them are staring down into a glowing mobile device — passing time by checking on friends, catching up on texts or e-mail or playing a video game that would have required a PC or home console just a few years ago.

“That’s me,” said Jeromie Williams, a 36-year-old social media manager and blogger from Montreal. “If I’m on the bus. If I’m waiting in line somewhere … .

“The other day I was at a restaurant with a friend. He got up two times — once to smoke a cigarette and once to go to the bathroom. As soon as his ass was off the seat, ‘Boom!’ iPhone in hand.”

Thanks to technology, there’s been a recent sea change in how people today kill time. Those dog-eared magazines in your doctor’s office are going unread. Your fellow customers in line at the deli counter are being ignored. And simply gazing around at one’s surroundings? Forget about it.

Between smartphones, tablets and e-readers, we’re becoming a society that’s ready to kill even a few seconds of boredom with a tap on a touchscreen.

And 42% of all mobile phone users say they expressly use their phone for entertainment when they’re bored. (Presumably, non-entertainment uses like texting and e-mail would jack that number up even higher).

“I do everything with my phone,” said Alexandra Reed, 39, a self-employed single mom from Charlotte, North Carolina.

Is it a boredom killer? Absolutely, she said.

“Even when I’m driving, I might have Facebook open,” she said. “At a red light the first thing I (do is) just look at my phone. I get a little anxious if I see a notification and don’t read it.”

Researchers say this all makes sense. Fiddling with our phones, they say, addresses a basic human need to cure boredom by any means necessary.

Christopher Lynn, an anthropology professor at the University of Alabama, compares tapping at smartphones to smoking a cigarette. Both can be “pivots,” he says — things that quickly transfer us from the monotony of everyday life into a world of “unscheduled play.”

“Smartphones are like cigarettes are like junk food are like chewing your nails or doodling …,” Lynn wrote in a May essay for the Evolutionary Studies Consortium. “Does the naked space of your own mind and the world around you send you screaming into oblivion when you walk across campus, across a street even? Pull out your smartphone and check your email again — that car will swerve around you.”

With their games, music, videos, social media and texting, smartphones “superstimulate” a desire humans have to play when things get dull, Lynn told CNN in an interview. And he believes that modern society may be making that desire even stronger.

“When you’re habituated to constant stimulation, when you lack it, you sort of don’t know what to do with yourself …,” he said. “When we aren’t used to having down time, it results in anxiety. ‘Oh my god, I should be doing something.’ And we reach for the smartphone. It’s our omnipresent relief from that.”

So, our phones are brutally efficient at addressing an ancient desire. But is that always a good thing?

At Oxford, England’s Social Issues Research Centre, researchers fear it is not. In their view, by filling almost every second of down time by peering at our phones we are missing out on the creative and potentially rewarding ways we’ve dealt with boredom in days past.

“Informational overload from all quarters means that there can often be very little time for personal thought, reflection, or even just ‘zoning out,’ ” researchers there wrote. “With a mobile (phone) that is constantly switched on and a plethora of entertainments available to distract the naked eye, it is understandable that some people find it difficult to actually get bored in that particular fidgety, introspective kind of way.”

“One thing that unfortunately I do miss out on is that sort of quiet time where I can think about something I want to write … where, if I’m bored, I’m flipping open Word and punching something out,” he said. “Instead, out comes ‘Infinity Blade II’ and I’m killing titans.

“Before smartphones came out, you had that down time where you sit on the bus and your mind just kind of wanders and you think of these amazing things. You get out that old thing called pen and paper and you jot it down.”

But Joel Marx, a 25-year-old research assistant in Baltimore, Maryland, disagrees. Marx juggles two jobs and sees his phone as a way to be productive, and keep up with the news, during gaps in his hectic workdays. He relies on it for fun, but also for research and scheduling.

“I feel like it gives me a break from what’s at hand,” he said. “I even find it helps to keep me going through the day as I can get in touch with things in the outside world. Most of the time, I would have done nothing during those times anyhow.”

Reed, the Charlotte mom, admits her phone use sometimes distracts her from work or even watching a movie. But compared to other time-killers, she thinks the phone is a good option.

“I actually feel more productive reading things online and on social media like Twitter and Facebook than if I was just sitting and watching a TV show,” she said. “I follow people who are mostly sports and news anchors, people like that — interesting people I know I can learn something from.” 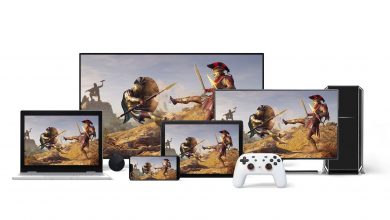 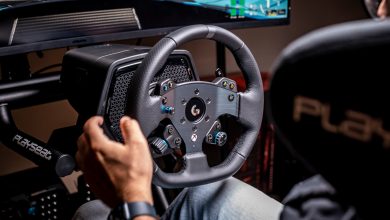