All of the appointments will be effective by October 1, 2012.

Marc Rennard, Senior Executive Vice President of France Telecom-Orange for Africa, the Middle East and Asia, offered the following comments: “All of the new Chief Executive Officers have substantial international experience in the telecommunications sector.

I am confident in their ability to continue to develop the activities of these seven subsidiaries, where we operate under the Orange brand.

I also wish to extend my heartfelt thanks to each of their predecessors, who made significant contributions to the growth and solid economic performance of their companies.

Development in Africa and the Middle East, where the Group is present in 20 countries, is a major goal for Orange, which has set its sights on reaching 7 billion euros in revenues in the region by 2015.”

Michel Barré, the new CEO of Madagascar, graduated from the Institut National des Telecommunications and from Télécom Paris; he also holds an Executive MBA from HEC. He has more than 35 years of experience in the France Telecom-Orange Group. In particular, he was Director of Operations and Development of Mobistar, CEO of Telemate, then Human Resources Director of Transpac. From October 2007, he was Director of the Eastern Africa, Pacific and Indian Ocean Zone for the AMEA Division.

Jean-Luc Bohé, the new CEO of Orange Mali, graduated from the Institut National des Télécoms. He has nearly 20 years of experience with Orange. After a rewarding career on the technical side as Director of an Operational Unit and then in the marketing and sales field, Jean-Luc Bohé was appointed CEO of Orange Madagascar in 2007, a position he has held until now.

Didier Charvet, the new CEO of Orange Tunisia, is a graduate of the École Polytechnique of Paris and of the École Nationale Supérieure des Telecommunications with 24 years of experience at France Telecom-Orange. He has held executive management positions in several countries (including Egypt, Mexico, the Netherlands and Switzerland) and has had responsibilities in fixed and mobile operations, networks, customer relations, the wholesale business, supplier relations, international partnerships and local authority relations.

Nathalie Clere, the new Deputy CEO of Mauritius Telecom, graduated from the University of Grenoble and holds a MBA from Euromed Management. After working for Telediffusion de France (TDF) in Paris and then for Thomson in Singapore, where she headed up Consumer Products Division, she joined France Telecom-Orange in 1994. She held a succession of management positions, most notably in France, Lebanon and Portugal, before being named Director of France Telecom-Orange’s operations in Poland, where she coordinated relations between the France Telecom group and TP.

Alioune Ndiaye, the new CEO of Sonatel, graduated from the Institut National des Télécommunications in Evry and holds a DESS degree in Telecommunications Management from the Paris-Dauphine University. He has 26 years of experience in the telecommunications sector. In particular, he worked in the financial field, first as Director of Financial Controlling and then as Chief Financial Officer of Sonatel. He then led the Orange Mali subsidiary from its creation in 2002, making it the leading operator in its market.

Jean-François Thomas, the new CEO of Jordan Telecom, is a graduate of the École Polytechnique of Paris and of the École Nationale Supérieure des Telecommunications and has 25 years of experience at France Telecom-Orange. He was CEO of France Telecom Japan for 5 years, then he worked as Asia Director of France Telecom Long Distance in Hong Kong before becoming the Regional Director for Alsace. He was named Deputy CEO of Mauritius Telecom in 2008, a position he has held up until now. 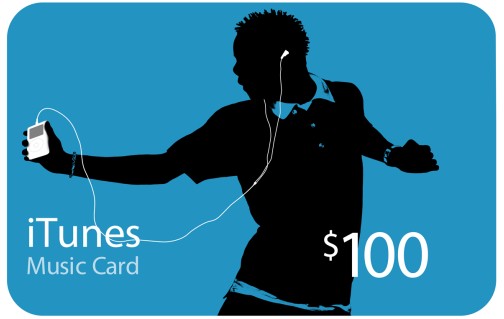 Firefox 21 for Windows, Mac, and Linux out; official launch is today