Huawei Uganda on Thursday 21st, October 2021 officially kicked off its 6th edition of the Seeds for the Future program where participating students from different universities will be taught and trained topics of the tech industry such as Cyber Security, 5G Technologies, Artificial Intelligence, Big Data, Internet of Things, among others. In addition, they will also be given interactive visit sessions to the Chinese Great Wall and other sites.

The launch of this year’s program was officiated by H.E Ambassador Mugisha Fred, the Deputy Head of Missions of the Ugandan Embassy and acting Ambassador in Beijing —where he called upon the students to use the program to create networks that will further their ambitions in life. Mugisha further went on to applaud Huawei for the good cause they are doing and playing a vital role in the development of the country’s ICT sector.

“It’s worth noting that the Government of Uganda acknowledges the importance of ICT and its able growing revolutionary input, therefore I would thank Huawei for the Seeds for the Future Program, it is a good initiative which not only connects people to people connection but also goes a long way to sharpen the minds of young Ugandans,” Mugisha said in a virtual press briefing.

He concluded by calling on all the students that have been selected to take part in the program to use the opportunity to find connections, connect with people so as to create networks that will further your ambitions in life,” said Ambassador Fred Mugisha during the virtual launch ceremony.

The training will be held virtually as the country continues to battle the coronavirus.

“Because of Covid-19 Pandemic and its effects on transport, borders, and gatherings. We have been encouraged to live what we profess as an ICT Company by introducing an online version of the Seeds for the Future Program,” Mr. Gaojian, Deputy Managing Director and Public Relations Director of Huawei Uganda, noted.

Gaojian further said, “During this program, we have made full use of the benefits of; learning and communication without borders, showing the future communication trends through welink, a sense of exclusivity of a teaching form and the convenience of not being restricted by the place among others.”

He further encouraged the students to attend the virtual training fully for them to be able to graduate, acquire Huawei certification, goodies, and internship opportunities.

The eight-day virtual training consists of three-hour pre-recorded courses and 13 hours of live stream in technology entry-level and advanced sessions such as Cyber Security, 5G Technologies, Artificial Intelligence, Big Data, Internet of Things, among others.

The Seeds for the Future program was globally initiated in 2008 by Huawei with over 2,700 talents from all over the world for study trips in China to nurture professionals who are urgently needed to drive the development of the ICT industry in countries where it operates. In Uganda, it was officially launched in 2016 and the announcement was made during a meeting between; Huawei’s Senior Vice President; Mr. Li Dafeng with H.E. Yoweri Kaguta Museveni; the President of the Republic of Uganda, during his official visit to Beijing.

The program has trained over 40+ Ugandan students and approximately 22 have directly benefited through internships and job opportunities availed to them. Approximately 150 have taken part in the online training up to date since the 2020 online program.

Most of the students that have undergone the program have described their training at Huawei as a great eye-opener into the emerging and dominating technologies in the world today — ardent about the cloud computing which enables data to be stored in the clouds so that one can easily access it from any place on a monitor without a computer. 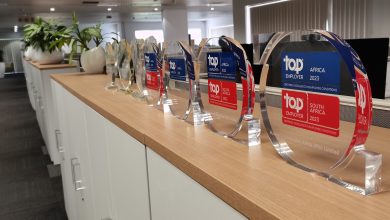