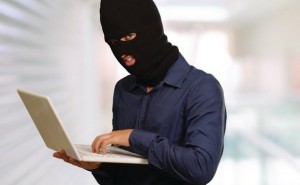 Security experts have said that sharing on social media helps hackers sharpen “spear phishing” attacks they use to trick their way into computers.

Spear phishing refers to individualising deceptive messages sent to people in order to trick them into clicking on links or opening files booby-trapped with viruses.

Public posts on Twitter, Facebook, Instagram, Foursquare and other online venues give hackers fodder to mimic the way people write and the words they use, said Ulisses Albuquerque of the security firm Trustwave.

“I don’t think people have any idea what kind of insight that gives to a potential hacker,” Albuquerque told AFP.

He and colleague Joaquim Espinhara are at a premier Black Hat security conference in Las Vegas this week to present a talk titled “Using Online Activity As Digital Fingerprints To Create A Better Spear Phisher.”

The tool scrutinises posts at social networks such as Twitter, Facebook and LinkedIn to ascertain writing styles, right down to hashtags added to indicate subjects of online posts.

A hacker unable to break into a company’s computer network could write a convincing email pretending to be from a friend of an employee and include an attachment or link that, once clicked, unleashes malicious code.

“Say a CEO has a Twitter or LinkedIn account and I am able to see those posts,” Albuquerque said.

“Then I could produce content that looks like it came from him and send it to his staff, who will be less suspicious of clicking a link.”

He said the Trustwave-developed tool was not designed to extrapolate insights into people’s conduct or personalities, but that such observations could be made if desired.

“Absolutely, you can show what the people posting are like,” Albuquerque said.

It is intended for “ethical hackers” such as security professionals working with companies or organizations to find and patch weak spots in computer network defenses, according to Albuquerque.

It can also be used to help prove when posts claiming to be written by someone are bogus, he said.