Her name is Lizzie Valasquez and she has a disease that only 3 people in the entire world have. She has faced unimaginable cruelty that no one should ever go through. She made her national debut on Maury in 2009, and a YouTube clip grabbed from the show titled “Most Ugly Woman in the World” has garnered almost 5 million hits on You Tube.

It probably doesn’t help that CBS, the New York Daily News, the Telegraph, and even the German Der Spiegel all equally sensationalized her as “the girl who must eat every 15 minutes to survive” or “doctors baffled by world’s thinnest woman.”

At 23, doctors think Lizzie Velasquez has a form of the rare neonatal progeroid syndrome, which accelerates her aging and makes it almost impossible to gain weight.  Blind in one eye, indeed, she does have to eat between 5,000 and 8,000 calories a day, and has never been more than 62 pounds, according to reports.

And born at just 2lbs and 10 oz, doctors say it’s a miracle she even survived.  According to her mother, the doctors also warned it was possible that Velasquez would never walk, would never be able to eat on her own, and even encouraged the mother to reconsider having any more children.  But, to everyone’s astonishment, Velasquez grew, healthy brothers and sisters were born, and her parents never treated her any differently than the others.

But she realized how different she was when she entered school.  She recalled:

“I was called skinny bones, that was a really big one…grandma, because a lot of people told me I looked really old.  Um, pork chop legs?” Someone emailed her: “Hi Lizzie, I was just looking at your picture and you are very ugly.  How are you a cheerleader?”

But rather than let the criticism define or break her, Velasquez has interpreted the insults as a challenge. “In the battle between the World’s Ugliest Woman video vs. me … I think I won,” she said.

Velasquez will soon graduate from college, and she plans to become a motivational speaker.  Moreover, she has a book coming out in October.

“When people say…’you should die’ and ‘I hope you don’t spread your genes everywhere,’” her friend explained, “it’s just like, ‘Oh my God! There’s like, it’s just…ugh! You know?”

“What makes me the most mad is when adults do it.  When little kids do it, it’s ok, because they’re little kids they don’t know better…they don’t have a filter…but if it’s an adult, they really should know better,” Velasquez said, as her only complaint.

“My faith, my family, and my friends are the three things that have gotten me where I am today, and have definitely been a huge part in my turning point in making me realize that I need to be positive about this,” she explained.

“They told me not to expect anything,” her mother recalled, “and she’s doing everything.”

“I would never change it,” she said, “because all the opportunities, all the lives I’m being able to touch right now, I don’t feel like I’d be able to do that, if I didn’t look the way I did.”

While nine times out of ten bullying stories are merely inflamed instances of over-sensitivity, it’s a fair possibility that once millions have people have determined you’re the “ugliest person in the world,” you have legitimate grounds for complaint.  But she refuses to– and that’s what makes her beautiful.

You Tube’s Redesign to Reduce Clutter

Ways To Increase Your Klout Scores 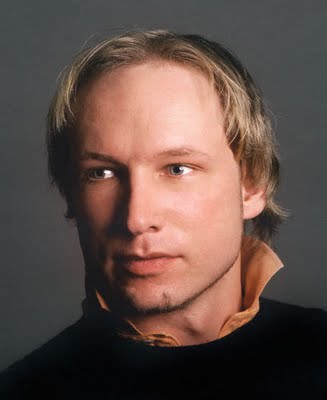