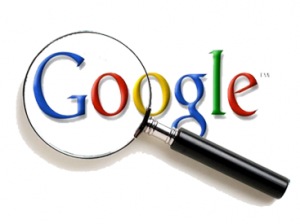 Google does not participate in any government program involving a lockbox or other equipment installed at its facilities to transfer court-ordered data to the government, a company spokesman says, refuting with some finality one of the lingering theories about the NSA’s PRISM program.

Instead the company transmits FISA information the old fashioned way: by hand, or over secure FTP.

“When required to comply with these requests, we deliver that information to the US government generally through secure FTP transfers and in person, The US government does not have the ability to pull that data directly from our servers or network.” Google spokesman Chris Gaither told Wired. “

Secure FTP is a standard utility on Unix and Linux system for transferring files over an encrypted channel.

The statement is meant to set the record straight on information reported and suggested in stories about the PRISM program, which described a system whereby nine internet companies, including Google, Yahoo and Facebook had special equipment installed in their facilities that allowed NSA analysts sitting at their desks to query the data directly.

“We refuse to participate in any program — for national security or other reasons — that requires us to provide governments with access to our systems or to install their equipment on our networks,” Gaither added.

Asked if Google had had discussions with the Feds in the past about creating or installing a system for obtaining court-ordered data more easily, he replied, “We have been asked to do things in the past and we have declined.”

The CEOs of Google and Facebook denied that the government had a backdoor into their systems or that they provided the government with bulk data. Other companies identified as being part of the program denied participating in it as well.

Gaither added that each year, only a tiny fraction of its users are subject to government requests for data.

“If we could publish those numbers openly — as we are asking — they would show that our compliance with these national security requests falls far short of the claims being made,” he said.

For the first time this year Google began publishing information about the National Security Letters it receives each year after negotiating with the government for permission to disclose them. The NSL figures Google provides are broadstroke numbers in the form of a range, such as 0-999 requests, for the number of court-authorized requests it gets as well as a similar broad range for the number of user accounts affected by the requests.

Facebook has  joined in the call requesting permission from the government to publish a transparency report on government requests for data to the company.