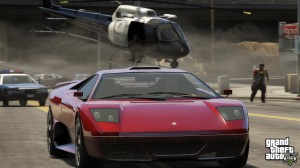 Since the release of both GTA IV and Read Dead Redemption sand box fans around the world have been busy exploring the vast cityscapes of Liberty city and the endless outback surrounding New Austin. It’s fair to say that Rockstar are infamously good at sand box games and once again they seem to be going above and beyond with the next instalment of the Grand Theft Auto Series, GTA V.  Since the official announcement of the game last year a lot of information has on what we can expect from GTA V. So if  you are waiting in anticipation to explore this generation’s answer to Los Santos, here is some information that may whet your appetite.

Set in Rockstars answer to Los Angeles, GTA V will follow the story of three main characters. In effect the game will be taking the idea from the expansion packs that were added to GTA IV and building upon it. It gets better however as you will be able to swap between all three main protagonists on the fly outside of your missions. Not only that but if these main characters happen to be completing a mission together you will be able to swap between each one.

Rockstar have also decided that leaving big missions for the end of the game was not something they wanted to do in this new GTA. The new storyline looks set to feature some missions more akin to GTA IV’s ever so popular “Three Leaf Clover” bank heist mission.

These missions will feature both the break in and the heist itself. Rockstar also seem to have drawn some inspiration from other games in the market by now deciding to add a musical score to some of the missions. This is something they haven’t done before and should add even more tension to the action.

Gameplay wise we are looking at vast improvements. It has been confirmed that the shooting mechanics have been rebuilt, so hopefully we won’t be accidentally shooting civilians in the face during a gunfight as we often did with the old auto lock system. The driving mechanics and melee combat have also been given a re-haul so it will be interesting to see what Rockstar has done with these gameplay elements. Speaking of driving GTA V will support more vehicles than ever before. Some of the more unusual confirmed vehicles include a variety of push bikes such as the BMX’s and Mountain Bikes but as expected you will also be able to get behind the wheel of a huge variety of cars, motocycles, helicopters, planes, all terrain vehicles and even jet skis. 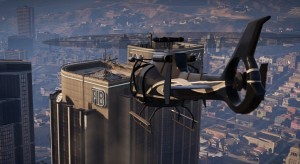 To get a better perspective of what am talking about, Please check out  The GTA V Official  Trailer

If you ask me, it sounds like GTA V is going to be the biggest and possibly the most in depth Grand Theft Auto game to date. Grand Theft Auto V is due for release around March 2013 for Xbox 360 and PlayStation 3.[Plus XP]

This Week New Game Releases; featuring the Might No.9, Pac-Man 256 …and more