Akon is probably most well known for his R&B talents. But did you know that he is also pursuing his own cryptocurrency project called Akoin? Many people in the media have brushed off Akoin as little more than some sort of joke. However, once you take a deeper look into Akon’s entrepreneurial and charitable achievements, Akoin should maybe be taken a bit more seriously.

The is little doubt that Akon cares deeply about social and economic problems in Africa. In the West, most people are aware or don’t prioritize addressing the lack of access to electricity in Africa. Electricity is the lifeblood of developed economies; it powers nearly everything in a Western household. However, 600 million people struggle through life without access to electricity. That’s a massive number of people whose lives could be improved with the flick of a switch. Not only this, without electricity there are limited opportunities to participate in the global economy. Imagine the wasted economic potential of 600 million people.

In 2014, Akon decided to take action and founded the Lighting Africa Foundation. What was the goal of this project and how have they done? The foundation is aiming to supply affordable energy and off the grid lighting to 250 million people in Africa. Four years after the project started, over 28.8 million people have access to a clean and affordable energy supply. We bet that’s more than what many high profile charities have been able to achieve in that time.

So how has Akon done it? It starts with finding the best off the grid lighting products. The Lighting Africa Foundation has developed a process to rigorously stress test these, so only the very best solutions are deployed. The Foundation know that affordability is a big problem which is why they give those in need access to financing. The charity also focuses heavily on education and explaining the benefits of clean energy.

Is Akoin Just About Building A Reimagined Wakanda?

Since the Senegalese President gifted Akon a 2,000-acre piece of land in June 2018, there have been hushed whispers about Akon’s crypto city. However, Akoin is not about building a city as a monument to Akon himself. Instead, it’s about creating a fertile environment for investment and African entrepreneurship.  Outside investment is key. It doesn’t matter how talented people are if they don’t have access to the right tools, they cannot succeed.

Akoin will act like other peer to peer currencies and be used as a store and transfer of value. However, the key thing about the cryptocurrency is that it will be exceptionally mobile friendly. This is crucial in an area where most people simply don’t have access to desktops or laptops. However, the vast majority of people in these areas all have one thing in common: They have a mobile phone. This means that the local population will have the means to adopt Akoin.

Some have criticised Akoin for not having a defined roadmap, white paper and for having postponed their ICO. However, the project is still very much in the planning stage and the vision needs to be properly decided on. What most people miss is that whilst the exact vision, white paper, and roadmap are important, they don’t compare to Akon’s track record and the size of this vision for other projects. It is highly likely that Akon will look to do something bigger than he has ever done before with Akoin.

The Lighting Africa Foundation already has a massive objective and has achieved a lot during its small lifespan. The figures don’t lie: Tens of millions of people have had their lives changed in a positive way due to Akon. Critics will struggle to fault him for lack of a grand vision and execution. With Akon you don’t just get a celebrity face, you get a founder who passionately believes in what he is doing and who wants to supercharge African development. If you are writing off Akoin, maybe you have jumped to conclusions too quickly…

Akon has made big things happen in philanthropy and has not used it as a way to raise his public image. Instead, he has got his head down and just got on with it. This just shows that he is pursuing his charitable work for the right reasons.

It’s on you to decide if you want to disregard Akon’s past success. However, if you think that what he has done is impressive, then do give Akoin a bit more attention. If Akon gets it his way, we might have a highly advanced tech hub in Senegal soon. A real-life Wakanda, if you will.

Want to learn more about cryptocurrency and read up on the latest and most exciting projects? Stop by TotalCrypto.io.

Bank of Uganda agrees to have crypto in its regulatory sandbox

The Reputation of Non-fungible Tokens (NFTs) all over the World

The Rising Trend of Bitcoin Around The World 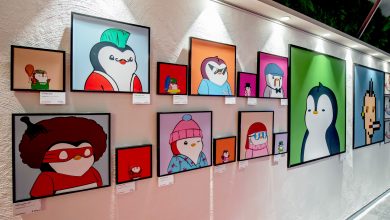 A Future with Binance: Simplifying NFTs For Beginners