Early in May, Transsion Holdings launched the itel A32F under the theme “Fingerprint for Everyone”. The entry-level smartphone is the second after the S12 in the line of itel mobiles to come with the fingerprint sensor. It is worth knowing that its also the first in the line of itel mobiles to be launched this year. It’s sister companies Infinix, and Tecno have so far launched more than three (3) devices, and expecting another flagship from Infinix later this week.

The itel A32F is a budget friendly smartphone, priced at UGX255,000. Its has a 5-inch display with the luxury metallic back cover with edge-curved design, that offer a slim and comfortable grip with great visual experience when watching a video or playing games.

itel mobiles are not that luxurious smartphones compared to its competitors. On the other hand, the company tries to make its smartphones more affordable to everyone. Its mobiles are more of entry-level smartphones, and a few like the itel it1516, S31, S32 that can be considered as mid-range smartphones.

However much the mid-rangers can take on the A32F, the flagship did pack some awesome features that are actually not featured on any itel mobile yet. In this review, we look at some of the top features, the flagship come with.

Here are the top features on the itel A32F smartphone:

1. Android GO
The flagship runs on Android 8.1 Oreo (Go edition) and this optimizes the performance of the phone. The optimized operating system is coming as the result of the company’s recent partnership with internet and software firm; Google Corp. The Go edition offers re-imagined Go apps including; Google Go, YouTube Go, Google Maps Go, Gmail Go which are smaller in size and also help to consume less space while making a big reduction in data consumption.

Most of the itel smartphones we have reviewed run on Android 6.0 Marshmallow. However, most recent smartphones like the S32, S12, it1516 run on Android 7.0 Nougat. The Android Go Edition is a big change most especially to itel entry-level phones. If we looked at performance, storage, and app size.

2. Fingerprint Sensor
The A32F is the second from itel to have a fingerprint sensor. The company during the launched highlighted it as one of the most selling points of the flagship. The phone was also themed under “Fingerprint for Everyone”. The feature adds on the security and privacy settings for the phone. On the other hand, it can as well be used for taking pictures most especially selfies, answering calls, unlocking apps, to mention a few. The sensor can support up to eight (8) fingerprints and takes like a minimum of 10 seconds to set it up.

3. Performance
The performance is good, the phone didn’t suffer any lag or stutters while browsing the web, social networking, and multi-media plays. We installed and played ‘Street Racing’ which is about 85MBs, and was loading so fast with no lags. Credits comes to the Android Go Edition optimal performance. The A32F comes with a 1GB RAM and 8GB ROM powered by a Quad-core 64-bit Cortex-A7 1.3 GHz processor, a Mediatek MT6737M chipset. Better enough for an entry-level smartphone from itel.

4. Display
Even though, it was at full HD display setting, the A32F did produce natural and vivid colors while watching videos as well as viewing pictures, taking shots, and browsing. Was able to show the highlights and shadows in place. The phone spots a resolution of 854 x 480 pixels, and for an entry-level smartphone, it is not bad at all.[related-posts] 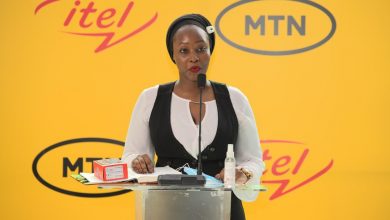 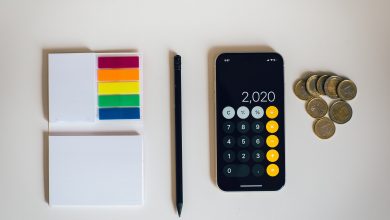