The app builds on the core functionality that saw the original version applauded as a game changer for African banking by using digital technology to combat many of the financial inclusion barriers faced by those on the continent. This includes the dearth of rural branches, affordability of products, high transaction costs and minimum opening balance requirements.

Ade Ayeyemi, Ecobank Group CEO, said the bank’s strategic mission is built around using mobile banking to deliver innovative, efficient and cost-effective services to those who have typically sat outside of the formal economy, and therefore goes far beyond the reach of the traditional branch and ATM networks.

“Subsequently, while the app won one million customers in its first year of launch, upgraded features have seen the rate of sign-ups treble in half of the time. So far this year, app usage has been growing at an average 700k new customers per month,” he said.

Customers can use the app on their mobile to instantly open Ecobank Xpress Account, which doesn’t have any account fees, paperwork or minimum balance requirements, as well as they can send and receive money across 33 African countries.

Patrick Akinwuntan, Ecobank’s Group Executive, Consumer Banking, says that Ecobank is committed to providing all Africans with access to financial services, but doing so in a way that conjoins functionality with convenient, accessible and efficient banking channels, such as the rollout of Ecobank Xpress Point Agents.

“We want to be the digital bank of choice for all Africans. Functionality is one thing – giving our customers unrivaled convenience is another. The Ecobank Xpress Point Agents that can now be found in your local neighborhood enable you to deposit money into your app-based Ecobank Xpress Account and begin to make digital payments on the app using Ecobankpay,” he said.

With the app, you can also withdraw funds in local currency that may have been sent to you from friends or relatives using the bank’s innovative instant transfer or Xpress Cash capabilities.

The Ecobank Mobile App is available for download from the Google Play Store or Apple Store. 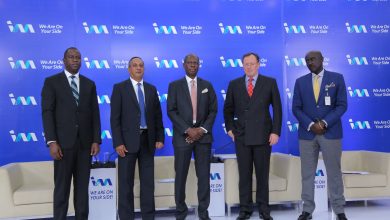