Riding hailing moto-taxi firm; SafeBoda has today rolled out a new feature to its apps dubbed; ‘pair’ allowing its passengers to pair with its riders instantly.

The launch of the this feature comes after the company unveiled its new offices as well as the logo earlier this month, and at the press event promised the media that it was working in its power to to bring safety on the roads of Kampala especially to those that often used moto-taxis as their public means.

The ‘Pair’ feature has been designed to be used in busy areas with a high volume of SafeBodas available, as told to this website.

Notably, to be able to attain this feature, you used to update or download the latest safeboda app. The option is seen next to where the request button was initially. However, the request hasn’t been removed, but pushed to the left to create the pair button.

The feature will allow passengers to spot a SafeBoda rider (applies only where there’s a lot of them staged), choose one of them, enter their helmet number into the app and match with them instantly. Or you could you just stick to the normal way, and request and one will be chosen for you.

The feature doesn’t change much, as the company claimed that passengers are still able to use the app, taking advantage of SafeBoda’s prices and the 20% discount applied to credit payments, as it was before.

“We’re really excited about this new feature which will reduce waiting time to zero,” he said.

Today we are launching an exciting new feature that allows you to pair instantly with a SafeBoda rider on the street!
You can now spot a SafeBoda rider, enter their helmet number into the app, match with them instantly and GO! Try it out today!#YourCityRide pic.twitter.com/aYngyhfebt

How to use the Pair feature 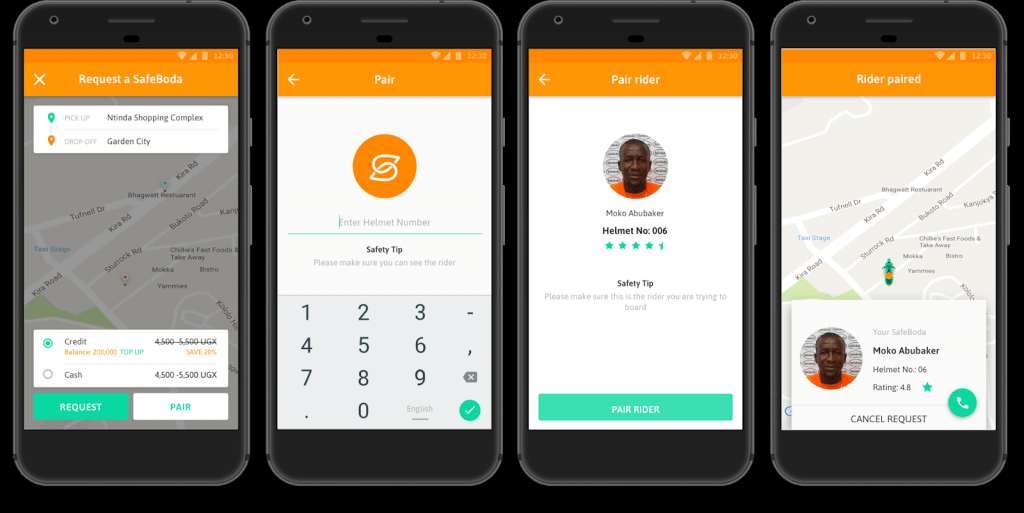