If you’ve got Android, you know it shows you a list of permissions an app wants you to accept during installation — and often, it seems like the app wants permission to do an awful lot of things. Pew Research must have had the same thought, because the company looked at the 1,041,336 apps in Google Play back between June and September 2014 and found 235 different kinds of permissions requested.

In the report, Pew said that in the year since they collected the data, Android had been upgraded twice in that time from Kitkat (4.4) to Lollipop (5.x), and then again to Marshmallow (6.0). However, since Google’s own Android Dashboard indicates that Kitkat (4.x) is still the most common version accessing its app store (37.8%), with Lollipop (5.x) close behind at 35.6% and the recently released Marshmallow (6.0) with a mere 0.3% of devices running it, the report is still relevant.

Marshmallow introduces a significant change to the way permissions are handled, Pew notes: Android 6.0 users are able to select individual permissions within an app. But in addition to system-defined permissions, software developers can create their own permissions, although this is strongly discouraged. Thus, the total number of permissions used in the universe of Android apps fluctuates not only by operating system version, but also by whatever app specific permissions might be floating out there.

Most of the 235 permissions were related to allowing accessing hardware functions. Another big category is access to personal information. There were 70 different permissions requesting access to personal information. Pew found that the average number of permissions required by an app is five. Full network access is the most commonly sought permission (83% of all apps). The second most common permission required is viewing network connections (69%). 27% of apps require permission to prevent the device from going to sleep. 24% want to use your GPS to get your location while 21% also ask for approximate location information based on cell tower and Wi-Fi access point location information.[related-posts]

If you’d like to see which permissions were needed by 18 of the most popular Android apps in the fall of 2014, take a look at Pew’s Google Play Store Apps Permissions, which shows you a list of which ones are requested by each of the apps along with how many other apps also request it.

You can find which permissions an app requires by visiting the app’s page in the Google App Store on the web, scrolling to the bottom of the page, and clicking on Permissions View Details.

In the year since Pew conducted its permission research, the number of apps in Google’s Android store has increased from 1 million to 1.8 million. 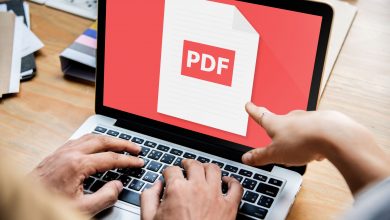