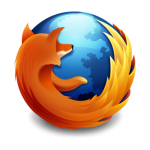 WebRTC and asm.js have the potential to change how developers create web apps, so even if you usually ignore Firefox releases, this one is definitely worth a look.

WebRTC allows developers to create web apps with built-in video and audio calls, as well as file sharing without the need for any plugins or third-party software. Until now, however, only Google’s Chrome supported the budding standard in its mainstream browser releases. Now that Firefox also supports it in its stable branch, we will likely see a large number of startups and established companies examine this technology far closer.

Asm.js is another technology that has the potential to be a game changer, asm.js is a subset of JavaScript that runs with near-native speed in the browser. It is, as Mozilla’s CTO Brendan Eich explained it to me back then, a sub-language that “effectively describes a safe virtual machine for memory-unsafe languages like C or C++.” Thanks to tools like Emscripten, which can compile C and C++ code, asm.js developers can also use it to convert their C and C++ programs to run in the browser. Asm.js currently gets to within 2x of native performance, and the team is working hard to speed it up even more.

You can test all of these new features with Mozilla’s BananaBread game demo, which uses WebGL, Emscripten, asm.js and WebRTC to “show how you can deliver high-end 3D multiplayer games while still maintaining a fast and stunning experience.”

Other small updates in version 22 include improved WebGL-rendering performance, a download progress bar in the Dock application window on Mac OS X and support for display-scaling options on high-res displays on Windows.

Mozilla has acquired Pocket, and is going to Open Source its Code

This is Mozilla’s new logo