Airtel Uganda and newly-bought Warid Telecom today announced plans to apply per-second billing to international calls, with the rate expected to be as low as UGX. 4/= ($0.002) per second on calls to selected countries.

The two operators estimate that customers will now be making savings of up to 30% on their airtime on international calls.

At a press briefing today at Warid Telecom‘s headquarters in Kampala, the companies revealed that customers making calls to the USA, Canada, China, India, Thailand, Malaysia, France, Sweden and Korea will be charged at only 4/- per second instead of 240/- per minute.

“With such innovations, the celebration of the Airtel-Warid merger is just beginning! Our customers should be confident and enjoy these benefits as their due for their loyalty over the years,” said Shailendra Naidu, Chief Commercial Officer Warid Telecom.

Mr. Denis Kakonge, Director for Legal and Regulatory Affairs Airtel Uganda stated, “It is much more affordable to be charged per second because then you only pay for exactly what you consume”

This innovation comes only a week after the two companies merged both Airtel and Warid Kiika and Pakalast offers to the delight of their 7.2m/= customers.

Airtel and Warid committed to continued innovation and increased affordability. 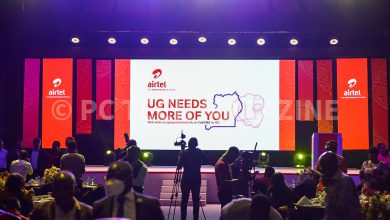