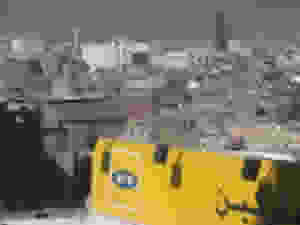 The Heritage from Monrovia reports that management of LoneStar Cell MTN has described plans by Liberia’s Telecommunications Authority (LTA) to suspend its operating license for three days as “a serious security nightmare to the country”.

LoneStar Cell MTN’s management is concerned the decision by the LTA to suspend its operations could result in a security nightmare for the country. (Image: Google/frontpageafricaonline.com)

The LTA recently announced the suspension of two operational licenses of the telecommunications services provider as “a punitive measure from the Board of Commissioners resulting from LoneStar Cell MTN’s ‘unilateral’ implementation of an ‘unauthorised’ change in its status of its interconnection with Comium-Liberia from May 18, 2012 to May 21, 2012,” the report states.

Dr. Lawrence Bropleh, Corporate Communications Executive at LoneStar Cell MTN, is quoted as saying, “”Imagine the level of chaos that the dismissal of just 40 persons from the General Auditing Commission (GAC) is causing in the country. Moreover, you remove over 5,000 Liberians who are dependent on these jobs, at once. This poses a great threat to national security and we shouldn’t be taking that chance.”

According to the LTA the suspension means LoneStar Cell MTN customers can receive calls but not make calls for the duration of the suspension, which, as reported, is scheduled to run from 3 December to 5 December.

The regulatory body stipulated that customers in areas that are exclusively serviced by LoneStar Cell MTN will be exempted from the order, but the company will have to pay 25% of revenue generated from such operations to the government of Liberia.

However, management at LoneStar Cell MTN have refuted the reasoning behind the suspension and that this action will “jeopardise the business of LoneStar Cell MTN and could destroy some of its major equipment.” The company also stressed concern that it could also result in the loss of its partner, the MTN Group.

Editor’s Pick: Why Smart Home Technology is so Popular