Modern-day jets are a feat of engineering, and it is a miracle that something so massive and complex can fly with relative ease. Of course, a lot of this is down to the technology that is packed inside the metal shell, and this field of work is called avionics. Getting a plane off the ground is pretty complicated work and requires many different image instruments that have to work together and engineering these is a skilled and tricky thing. Here is a look at avionics equipment that you probably didn’t realize was needed to keep your plane in the sky.

Whether you are flying on a commercial jet or a private aircraft, the equipment used is similar in both. Avionics systems control the electronic portions of the plane and also work with artificial satellites and spacecraft. Over the years these have advanced substantially and are now mostly modular systems. This means that each module can come from a different supplier an, yet they will work correctly and interface together as if they had always been that way. Aeroplane builders are only concerned with ensuring that passengers are going to have the safest and best experience they can when they fly in that aircraft. Some big jets like the Airbus A380 and the Eclipse 500 are perfect examples of aircraft builds that work on the modular system and incorporate products from different suppliers.

If you were to step inside the cockpit of a private jet or commercial airline, you would be overwhelmed by the many different lights and sensors that appear on the control board in front of you. Many of these relate to various sensors which all play a very important role in ensuring the safety of the plane. They have sensors everywhere throughout the aircraft that can report on things like the brakes and flaps and how the hydraulic pressure is performing, how much fuel is remaining and whether there are any leaks and engine sensors that are able to monitor and ensure the temperature of the engine and report if there is a problem. All of this can be done with modules from different suppliers, and before, during and after a flight there are many checks that must be made to ensure that all parts of the aeroplane are performing correctly. The sensors play an essential element in helping these checks, as it would take so much time to go around and record all the information manually. There are also sensors that are able to control external factors such as the weather, where other aircraft are in the Sky and any turbulence that can be expected.

Another vital part of the aeroplane is the audio controls. It is crucial that the pilot is able to quickly and easily communicate with not just the passengers but his crew, the ground control staff and any other aircraft that come inside of the plane. Generally, this uses a low radio frequency in a range of 118-236MHz, especially for the long-distance communication with the ground crew and other aircraft as this avoids any interference from things like mobile phones as they fall in a different range. Audio panels vary massively in capability and cost, of course, the more advanced modules are more expensive and can cost well over £7000 pounds. But for this money, you do get a very accurate communication tool that enables multiple audio channels to be in use at the same time. This means that the pilot can have an audio feed from the ground control team as well as being able to simultaneously talk to the cabin crew. It uses 3D sound, which means that it spreads the channels around, as would happen in a natural conversation if the people speaking were in the same room. So, for example, the ground crew may come from the left comma and the cabin crew may appear to be from behind the pilot. This makes it easier for the brain to distinguish who is talking at any one time.

One thing that is very important for a pilot is to ensure that they remain on the correct flight path for which they have clearance. It may surprise you to learn that Garmin, who make many of our own domestic Sat Nav devices are behind some of the technology available for jets. GPS is incredibly vital as unexpected issues can occur if the plane deviates off the flight path, not least leaving it on course to crash into something else. Again, these modules have other features such as topographical maps, touch screen, details of the weather and flight plans for other nearby aircraft. They are incredibly complex, but they are modular and will work when plugged into and alongside other components from different manufacturers.

Inflight entertainment may not be so crucial to the safe flying of a plane; however, it is undoubtedly very valuable for the passengers, especially on long haul flights. These devices focus solely on the passenger experience and ensuring they can access on-demand movies, Wi-Fi, games and music. It has to be said that these are incredibly expensive devices, and that is why you may not always have exactly what you hoped for when you fly. Inflight entertainment systems are one of the costliest components and can cost well over $10,000. This is only part of the system, and this cost only covers the controller, each passenger then needs a screen, with a controller, and any other equipment and it all needs to link back.

How Can a Retailer Build Sustainable Competitive Advantage? 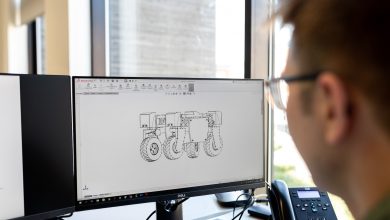 Working On Engineering Projects? 9 Ways To Speed Things Up