The Ministry of Health opens the refurbished Kawempe National Referral Hospital which has been equipped with a Neonatal Intensive Care Unit (NICU). This was with support from the MTN Uganda Foundation and the official partners of the 2019 MTN Kampala Marathon, with technical support from UNFPA.

MTN Uganda, working through UNFPA invested a total of UGX363,915,250 into the Kawempe National Referral Hospital NICU. These funds are the proceeds of the MTN Kampala Marathon that is run with support from partners including Rwenzori, Huawei, New Vision and Stanbic Bank.

With the rapid population growth within the catchment area, Kawempe Hospital has had challenges including congestion in the NICU, as well as lack of up-to-date equipment. The Ministry of Health reached out to partners including UNFPA and MTN to support with the refurbishment and re-equipping the facility.

“The only way we can pay our partners back is to work hard and use the facility well to ensure that babies don’t die. Just saying thank you to them is not enough. What they want to see is no more pictures of baby posted on social media or the stories we keep on hearing about mothers and children dying in labor,” Aceng said while at the opening. 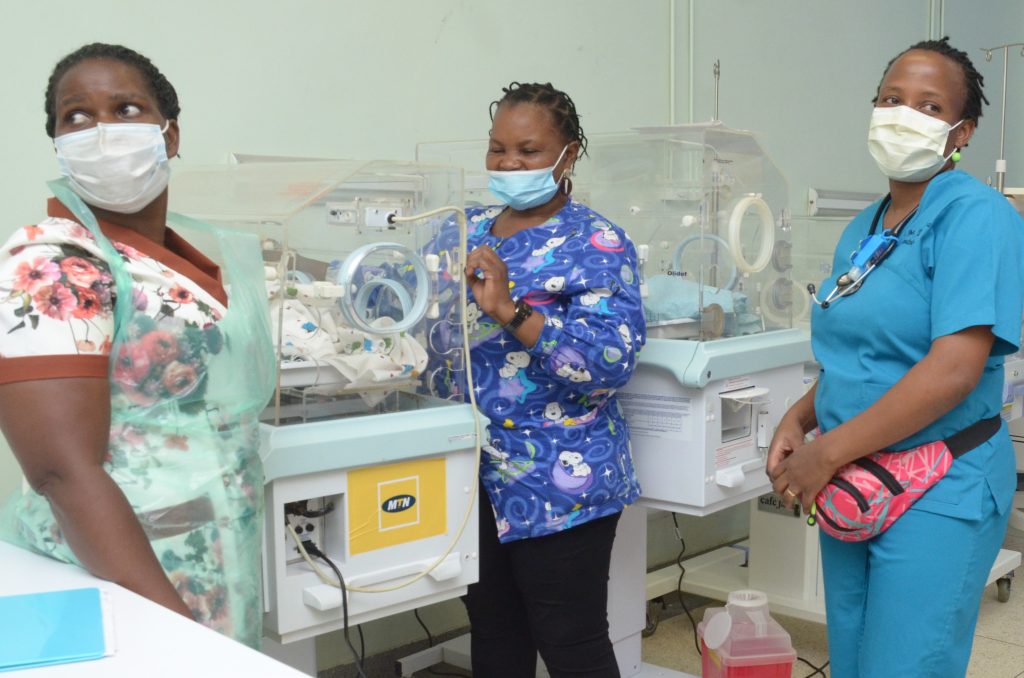 Mr. Wim Vanhelleputte, the Chief Executive Officer, MTN Uganda said that the telecom is concerned about the high maternal and child mortality rate in the country and is committed to supporting government to change the narrative.

With proceeds from MTN Kampala marathon that is run every year, for the last sixteen years, MTN has supported various causes ranging from providing safe water to water stressed areas in Uganda to providing sanitation facilities in schools, among many interventions.

In the last three years however, maternal and child health have headlined the MTN Kampala Marathon with all the proceeds going towards complementing the government of Uganda’s efforts towards maternal health.

According to Wim, a total of UGX900 million was raised from the MTN Marathons of 2018 and 2019 combined. The MTN Foundation topped up with UGX450 million to bring it to UGX1.350 billion that will be used to refurbish child and maternal health facilities across the country.

The other health centers that will benefit from the Marathon proceeds include; Muyembe Health Center IV in Bulambulidistrict, Pakwach HC IV in Pakwach district, Kalangala HC IV in Kalangala district, and Karugutu HC IV in Ntoroko district.Works in Muyembe HC IV in Bulambuli district have also been completed.

“Early this year, we renovated and equipped the maternity ward at Mpugwe Health Center III in Masaka district. Also, as we marked 20 years of existence in Uganda, we as MTN decided to give back to Uganda through refurbishing and equipping eight maternity wards across the country. I am pleased to note that our partners have also committed to support the government of Uganda in extending such services to the communities where they are needed most. ” Wim said.

“It gives me great joy to witness yet another memorable occasion when we see fruits of a great partnership between UNFPA, MTN Foundation and the Ministry of Health. UNFPA takes pride in engaging in this kind of partnerships that create shared opportunities, while leveraging each other’s added value to actualize interventions to achieve universal sexual and reproductive health and rights, reduce maternal death, and improve the lives of women and girls,” said Mr. Alain Sibenaler, the UNFPA Representative said.