In May this year Chinese technology firm; Huawei was added on U.S. Department of Commerce entity list which restricted them from conducting business with U.S. companies without White House approval.

However, the ban was lifted by Pres. Trump after his meeting with the Chinese Pres. Xi Jinping at the G20 summit in Osaka, Japan. But there were no reports on whether the company was removed from the entity list.

Meanwhile, before the ban lifted, Google complied with the directive which stops them from supporting Huawei smartphones with its Android OS. However, Huawei reported that they saw it coming, stating that they were working on their own mobile OS as a back up plan. Huawei says it saw it’s reliance on Google as a ‘bad’ thing and resorted to develop its own mobile software.

The name of the software still remains tricky.

Chinese media portals reported that HongMeng OS would be its Chinese name (home country). However, to sound more appealing to markets outside of China, Huawei has registered it as Ark OS brand in Europe.

Now according to new reports, in an application dated July 12th, 2019, Huawei filed another trademark application with the EUIPO, attempting to register ‘Harmony’ for an OS for mobile and computer use.

The application for now is currently under examination, according to reports.

What we have to come to learn, is whatever OS the Chinese tech firm will be releasing is faster that Android — as claimed by the company.

Huawei CEO and Founder; Ren Zhengfei, boasted that HongMeng OS is faster than Android and can be used on devices from routers to data centers.

Rumors have it that the new OS will be available in Huawei’s latest smartphones as early as this fall. With as much as 1 million test units already running it, according to an article by GSM Arena.

We are not sure no how and how long consumers will take to adopt to a new OS other than Android or iOS when released. We have come to see Windows phones try, but run out to opt for Android.

In our opinion, we are excited to see a new OS and its operations, and if Google has to worry. 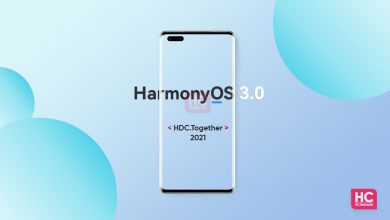