The ITU, United Nations specialized agency for information and communication technologies (ICTs), estimates that at the end of 2018, 51.2 percent of the global population, or 3.9 billion people, will be using the Internet. This is according to a new study published by the organization.

This figure means more than half of the world’s population will be online for the first time, thanks above all to a strong growth in developing countries, where internet penetration has surged from 7.7 percent in 2005 to 45.3 percent at the end of 2018. 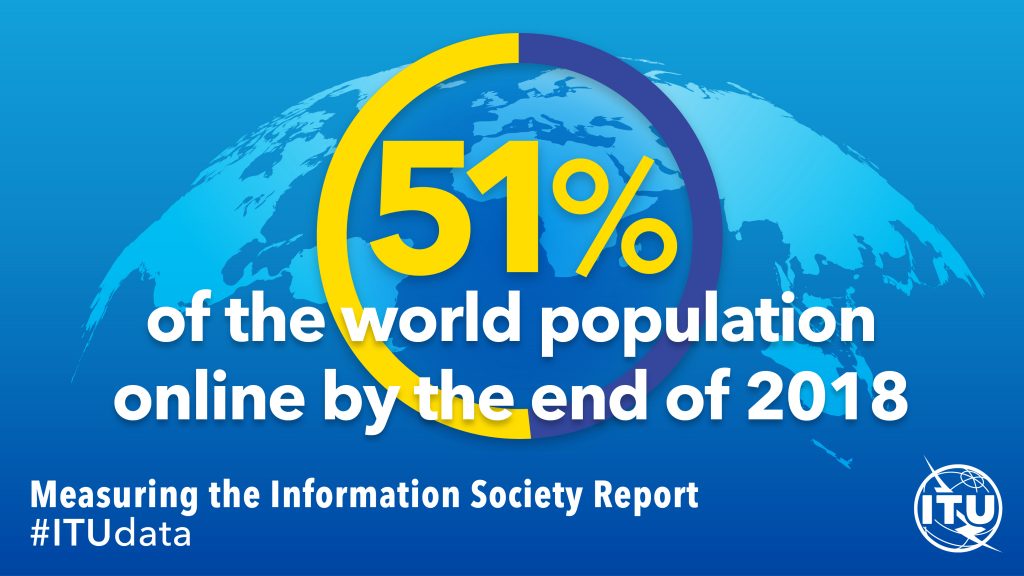 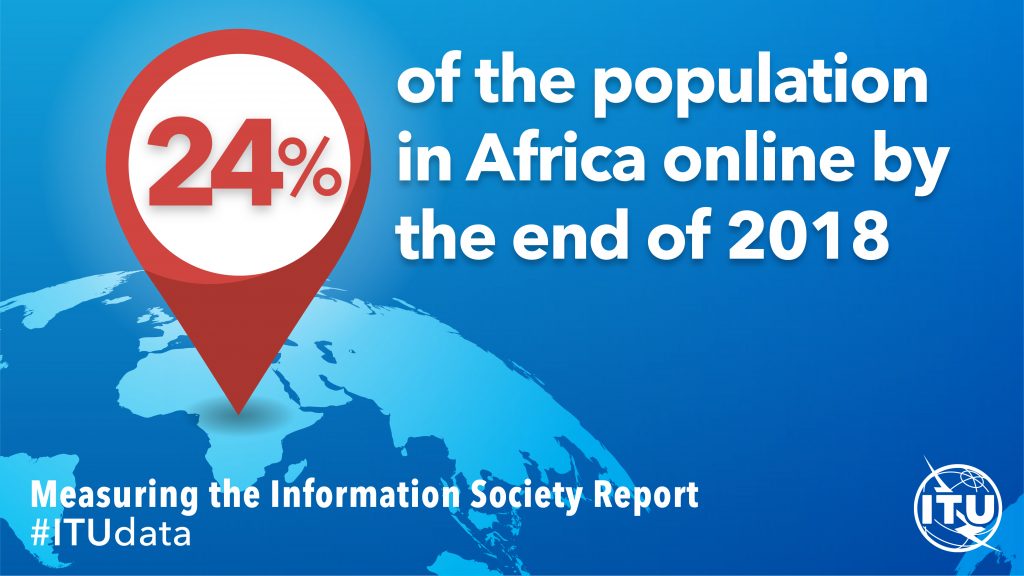 The report said active mobile broadband penetration rates surged from 4.0 subscriptions per 100 inhabitants in 2007 (286 million in total) to 69.3 (5.3 billion) in 2018, with the strongest growth again observed in Asia-Pacific, the Arab States, and Africa. In the least developed countries, mobile broadband penetration rates went up from virtually zero in 2007 to 28.4 subscriptions per 100 in 2018, said the ITU, adding that 96 percent of the global population now lives within reach of a mobile cellular network, with 90 percent able to access the internet through a 3G or higher speed network. 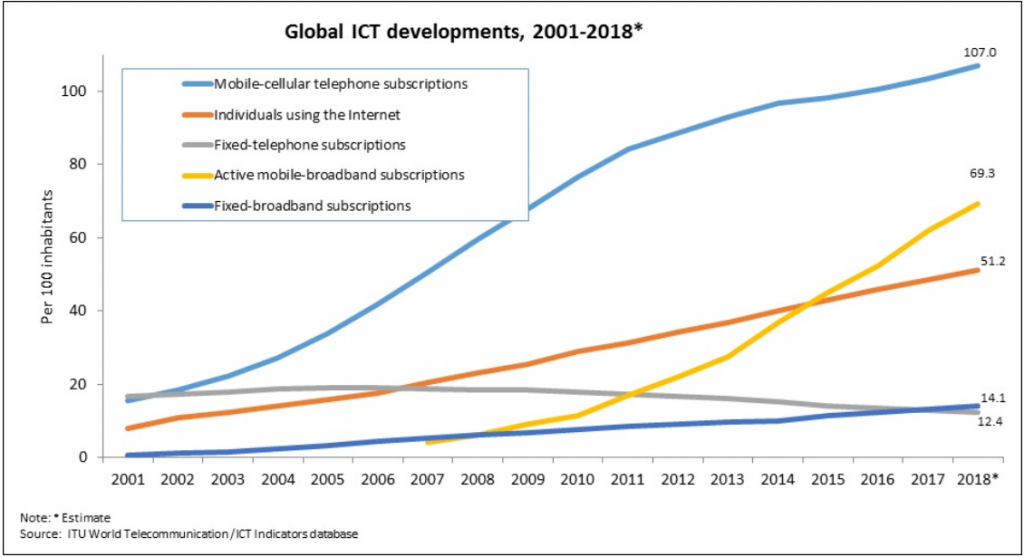 According to ITU Secretary-General Houlin Zhao, surpassing the 50/50 milestone for internet use represents “an important step towards a more inclusive global information society” but he cautioned that far too many people around the world are still waiting to reap the benefits of the digital economy. “We must encourage more investment from public and private sectors and create a good environment to attract investments, and support technology and business innovation so that the digital revolution leaves no one offline,” he said.

See the full statistics via 2018 Global and regional ICT estimates