Gamification has become more prevalent in marketing approaches across a multitude of industries over recent years, but the surge in prominence has been halted by the realization that many consumers have become immune to the intended benefits of the technique. In principle, introducing elements of games into otherwise mundane activities should have been an unmitigated success. The world loves games but the overtly contrived nature of some gamification has created a society aware of when they are on the receiving end of marketing. Yet, when the gamification is performed in a natural and intuitive manner, it can still remain a viable and successful strategy.

Is gamification going out of fashion?

There was a period of time where gamification was the dominant trend in marketing, with pressures across many industries to introduce new elements to traditional marketing strategies. There was a fear among executives that a lack of gamified aspects to their marketing would leave that brand behind, derived from the notion that consumers are more likely to interact with and return to a product if is similar to a game. The introduction of gamification in the business sphere was in part propelled by the success of gaming in education. Game-based learning has been shown to stimulate students through the creation of a familiar and competitive environment, while the Harvard Business Review commented how the Deloitte Leadership Academy generated a 37% increase of return users in the aftermath of gamification. However, if the gamification isn’t incorporated seamlessly, then it does not serve a purpose. Adobe reflected on their unsuccessful attempts to gamify their Photoshop software by introducing missions and levels, reaching the conclusion that gamification may create engagement at that moment but does not necessarily lead to long-term satisfaction and eventual financial commitment to a product. This reflects a growing trend of analysts considering gamification to be too contrived and distracting to be a marketing strategy for certain types of businesses.

The success stories of gamification

There are a plethora of instances in which gamification has fulfilled its intended purpose of encouraging users to repeatedly engage with a service as a result of incentives and enhanced motivation. Duolingo is the world’s leading language app with over 200 million subscribers. The app takes the intimidating task of learning and practicing a language and makes it accessible through the use of visually stimulating activities, rewards for meeting certain goals and targets that can be personalized to the user. The Drum reported how Zan Gilani, Duolingo’s associate product manager, testified to the importance of gamification in facilitating the app’s success, in particular, citing the ability to build and maintain streaks as an effective way of engaging users with longevity.

Online casinos have adopted a similar approach. The nature of this industry makes it particularly conducive to further gamification, with Betway’s assessment of online casinos noting how traditional casino games have introduced the ability to unlock achievements and bonuses in a style reminiscent of video games. This reimagining of classic games has reinvigorated a familiar experience, demonstrating how gamification can introduce subtle twists on existing products. Casino games are usually standalone affairs, but the gamification here places individual games in a long-term context with clear progression. Online casinos have further introduced rewards for displays of skill rather than distributing bonuses at random. This approach has also been adopted by fitness apps such as Strava, in which users can not only mark their achievements against their history but also compete in challenges that reward significant feats. Gamification feels very natural in apps and online casinos, as it takes previously individual activities and gives users the option to compete against themselves or their friends. If gamification is not intrusive, then it can be gratifying.

The future of gamification

The aforementioned success stories have common themes in their clear objectives, natural incorporation of gamified elements and the ease at which consumers can interact with the product. It is essential that participants can see the positive consequences of their actions if they are to remain engaged over a long period of time, while any links between the product and the game cannot be superficial. Back in 2012, Gartner suggested that 80% of gamification projects would have failed by 2014 as a result of the difficulties in creating natural links between industries and games.

Gabe Zichermann of the Huffington Post has stressed that the possible benefits of effective gamification make it an endeavour worth persevering with. In terms of companies providing internal benefits for its employees, there are many examples that support Zichermann’s assessment. Omnicare brought gamification to its IT department and received a 100% response rate from its members, Spotify substituted its annual review system for a gamified alternative and Objective Logistics increased profit margins by 40% thanks to the distribution of rewards for positive working behaviour. These are just a few examples of the success of gamification in business but its utility in a marketing sense is perhaps more debatable.

If companies can incorporate gamification into their advertising strategies in a manner that is seamless and does not divert from the utility of the product, then gamification can be extremely effective in engaging a large population over a long period of time. The likes of online casinos and mobile apps perhaps have more natural links to gamification as a marketing strategy but other industries should not shy away from the technique. However, if the gamification ever feels unjustified and becomes a game for the sake of being a game, then it is more likely to alienate than engage potential consumers. 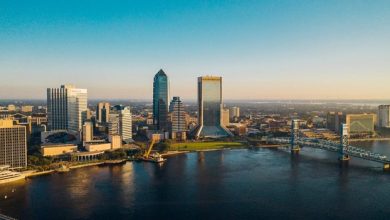 Five Ways to Advertise in Jacksonville This Winter 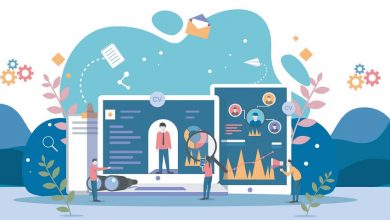