Huawei, which recently won a GSMA award for its NB-IoT solution, says its vision is to support and promote the concept of smart communities in Africa.

The global ICT solutions provider is participating in the 2017 GSMA Mobile 360 Africa conference taking place in Dar es Salaam, Tanzania. This year’s event is focused on putting mobile connectivity at the forefront of national digital strategies and leveraging the power of mobile to build smart communities and a digital Africa, inclusive for all.

During a key note speech at the Mobile 360 event, Huawei South Africa’s, Director for Strategic Partnerships & New Technologies, Dr. Bello Moussa says, “Huawei’s vision for IoT is to enable and promote a smart society, where everything is intelligent, connected and sensing. A network should be in place to unlock the connectivity that empowers a smart community.”

GSMA wants to see smart communities in Africa
According to a new GSMA study, more than half a billion people across Sub-Saharan Africa will be subscribed to a mobile service by 2020.

The GSMA says building a connected network to support the growth of smart communities is critical.

“The IoT market in Africa is huge; as a platform provider we see our role as a key enabler for the growth and development of IoT on the continent. Once deployed, IoT has the potential to create socio-economic growth in Africa. Many organisations are either already using or planning to implement IoT in their operations,” said Dr. Moussa.

Global ICT consulting and advisory firm International Data Corporation (IDC) forecast IoT revenues in the Middle East and Africa will increase at a compound annual growth rate of 21.3% over the next four years to total more than $14.3 billion in 2020. This growth would be led by IoT investment in manufacturing, transportation and utilities.[related-posts]

Huawei’s role in digital transformation
The goal of Huawei’s IoT solutions is to generate new revenue streams for its carrier customers in a diverse range of vertical industries including smart-home, smart metering and the connected car.

“Huawei is devoted to establishing a better IoT ecosystem by cooperating with leading global IoT players. We want to collaborate with our clients, developers and industry players to build a better connected Africa together, said Dr. Moussa.

NB-IoT is widely accepted as the best solution for Africa because the technology supports low-powered wide-area networks, allowing for wide and deep coverage. In late June 2017, Huawei’s NB-IoT solution received the “Best IoT Innovation for Mobile Networks” award at the Mobile World Congress in Shanghai. 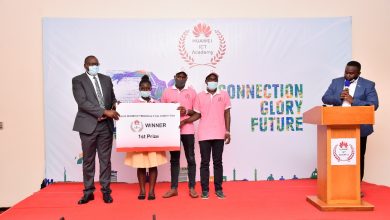 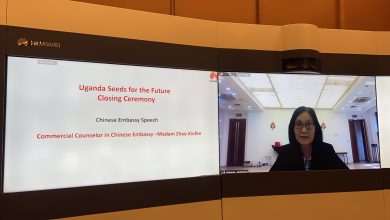 Huawei Uganda concludes its 2020 Seeds for the Future edition online 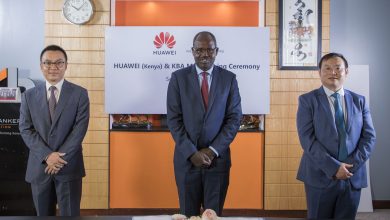