About a month ago, I became regular contributor to PC Tech Magazine – meaning that I would frequently write features for the magazine in return for a certain remuneration.

Taking into account that PC Tech Magazine operates in Uganda and I currently reside in Germany, we were presented with two completely different banking ecosystems, so method of payment was a discussion we inevitably had to address.

Opting for money transfer services like Western Union or Money Gram would be one alternative but that would mean putting up with service fees, transaction delays and the fact that the money is not directly deposited to bank accounts, requiring both the sender and recipient to find an access point or office to send or withdraw money respectively.

The simplest option would thus be PayPal – which we settled for in the end – but as we know there is a limit to the total amount one can transfer. Therefore, PayPal might not be the most convenient choice for establishments and businesses dealing with larger numbers of employees living outside of Uganda or Africa altogether.

Moreover, knowing that 2.5 billion of Sub-Saharan Africans in lower and middle-income households are unbanked yet 1 billion of them have access to a smart phone, the PayPal portal may not adequately respond to the current mobile commerce system of the African market as it has not integrated products like Mobile Money, which most Africans are accustomed to (e.g. “there were 24 mobile money service providers across the EAC with 20.63 million registered customers as of March 2015”, writes Kenyan paper The East African).

Later that month, little did I know that during a short holiday visit to London, I would encounter one of the masterminds behind a product that would provide a simpler solution: DusuPay. DusuPay is a payment gateway that has set out to facilitate “simple and secure online payments” amongst individuals and merchants across Africa and the world by connecting traditional banking to regional mobile money services like MTN Mobile Money, MPESA and Airtel Money. In this way the gateway hopes to streamline how business is done in Africa by connecting it to the financial ecosystems of the rest of the world.

By enabling instant money transfers to any desired channel at any given time of the day or night, DusuPay works as a sort of pocket-bank. This means that PC Tech could use its bank account or Mobile Money wallet to transfer money to my DusuPay account which I can then wire to my bank account right away and withdraw instantaneously.

This October DusuPay expanded its field of operation by adding a credit card option – along with WorldRemit and MTN, one of only three offering this service in Uganda. By including Visa, MasterCard, Amex and American Express, DusuPay paved the way for instant money transfers from credit cards to DusuPay accounts and vice versa and thus enabled anyone from anywhere to send to and receive money in Africa at any time from wherever they maybe.

So similarly, using DusuPay, businesses, merchants of individuals in Africa can accept payments from anyone all over the world, to their Mobile Money wallets or ready for withdrawal to their bank accounts without consulting an agent. By bypassing the agent, DusuPay eliminates a step in the chain of command – if you will – and makes it easier and faster for people to access their funds.

“Why would I use any other platform. My money finds me wherever I am any time of the day or night,” says a Ugandan who says he has used DusuPay to transfer over 100,000 GBP. He spoke to PC Tech on condition of anonymity.

An Offline Alternative for Mobile Money with DusuPay

Although the payment gateway focuses on connecting traditional banking to online and electronic payments, DusuPay also offers offline alternatives. If you do not have a bank account but are a mobile money subscriber, just like the traditional way of loading airtime, you can access funds without signing up for an account by buying a cash voucher from an agent and entering the scratch code along with the phone number into the DusuPay interface.

Your money is uploaded to the platform from where you can retrieve it to pay for any services on offer e.g. top up your phone, buy internet data, pay utility bills or take advantage of entertainment products through pay per download. This means, for example Ugandans with dual residency could easily pay their utility bills even while out of the country, which immensely increases both convenience and efficiency.

The payment gateway was launched beginning of this year in April as a measure to enhance the already available e-commerce services catering to the demands of the more than 30 million Africans living in the Diaspora, and whose annual remittances amount to over US $60 billion according to reports by World Bank and the African Development Bank – a figure that is estimated to rise by 50% if informal flows that go unrecorded due to under-reporting and use of informal money transfer channels are included. In Uganda alone, Bank of Uganda’s executive director for research, Adam Mugume was quoted to say that earlier this year the country was receiving up to US $930 million (equivalent to about 3 trillion Ugandan Shillings).

This Friday its newest product “DusuPay Here” is scheduled to go online and although DusuPay was initially launched as a response to the needs of African Diaspora communities, it might be “DusuPay Here” that will eventually become the company’s flagship product.

Because DusuPay will be a pioneer in introducing the idea of the convenient card swipe as it is used in the Western world for cashless payments at points of sale e.g. at supermarkets, restaurants, retail shops and businesses. The idea is to elevate convenience and efficiency of cashless check-out payments for both merchants and clients.

On the one hand, using the DusuPay App, instead of queuing up, clients should be able to scan goods from shelves, add them to their digital cart and cash themselves out independently by making instant, fee-less payments from their Mobile Money wallets. After doing so, they are to receive a virtual receipt to their DusuPay account, which must be cross-checked by the cashier at the till before they exit in order to verify the purchases.

On the other hand, merchants subscribed to DusuPay correspondingly speed up the cash-out as well as banking process by subsuming payments from all branches under one DusuPay retailer account, from which they can transfer it to any desired channel – mobile or traditional. In addition, this way merchants can collect customer information which they may not have had with cash payments; they can get to know their clients’ shopping habits better, allowing them to not only strategically target their customers’ needs but also cater to them better.

As an extension of this feature, next year in January 2016, DusuPay plans to integrate an online shop – comparable to Amazon or Ebay. This will allow merchants to display their products or services on the DusuPay Marketplace platform, which subscribers can browse through and finally pay for through DusuPay, using Visa, MasterCard, Amex, MTN Mobile Money, Airtel Money and MPESA.

Conversely, if merchants have not uploaded products or services to the DusuPay Marketplace, they can alternatively integrate payment with DusuPay into their own website with a “Pay with DusuPay” button and accept payments that can be withdrawn to MTN Mobile Money, MPESA and Airtel Money. To enforce security, both merchant and client are to receive the same code which they are required to enter into the DusuPay platform upon successful delivery and payment in order to complete the transaction.

This feature will open up the Ugandan (East African) market to a broader clientele transcending the national and regional.

David Gonahasa, CEO of RoundBob (an online tourism and travel marketing platform) who has tested the service, notes that “[it is an] amazing service, it’s helping us take our business global despite being based in Africa.”

So beyond boosting the financial inclusion process by increasing convenience of money transactions through linking Western banking and payment methods to local mobile money services, DusuPay has potential to become one of the key players in promoting cooperation between the mobile money dominated African market and the Western world, hence contributing to economic growth in the country and EAC region. 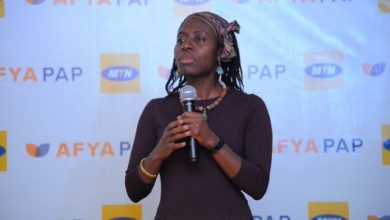 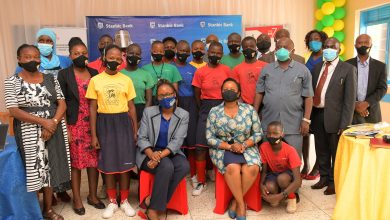 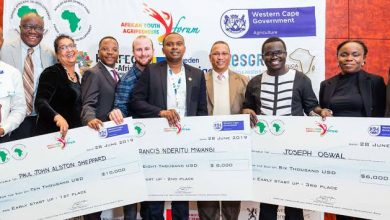 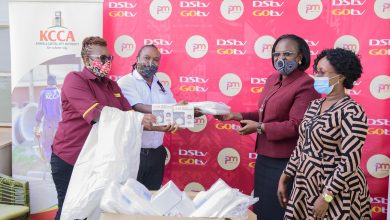 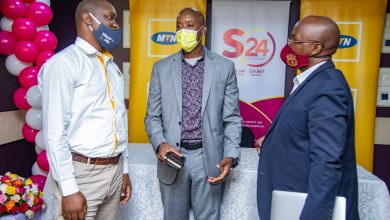