With a light smirk eerily pronounced on his chin, 42-year old James Kalanzi, a ‘matooke’ farmer, analyzes every digit of the message that just pinged on his phone.

He has just sent a truck-full of produce to his agent in Kampala and the message Kalanzi receives is a confirmation that he has received his pay.

To Kalanzi and his ilk, the advent of mobile money is akin to landing on the moon. His story is duplicated across millions of homes in Uganda.

Hassan Lubega, a Public Relations practitioner explains of Mobile Money’s convenience, which is what the service is all about anyway.

“My mother’s Pay TV subscription had expired and yet it was night time. Ideally, I would have had to move out, look for a mobile money agent then load, and pay. Luckily enough, I had some money in my mobile money account. All I had to do was complete the transaction, without moving out of my seat,” he said.

World over, the telecommunications sector has proved to be a vital cog in advancing economic growth. From the introduction of mobile phones through to M-Commerce, the telecom sector has become a conduit to creating a cashless and hustle-free eco system world over.

In less than a decade, a mobile phone has rapidly evolved from a device used strictly to make and receive calls, sending and receiving messages into a safe and secure money transfer tool, increasingly being used to conduct more complex transactions.

When mobile money was introduced in Uganda in 2009, it was understood as a business model that involved a partnership between a commercial bank and a mobile money operator to offer basic retail payments and money storage services.

Since then, the uptake of the service has been extraordinary to the point that by December 2014, the number of mobile money transactions per month were estimated to be in trillions of shillings and statistics showed that there were more than 18 million registered mobile money users at the time.

MTN Uganda, the largest telecom company in the country first introduced Mobile Money into Uganda in 2009. Currently, MTN has over 8.2 million users with over 3.5 million active users, has directly created 39,000 new businesses operated by Ugandans (the Agent network), employing over 160,000 people.

MTN says more than 85% of the mobile bill payment collections in Uganda are made through their Mobile Money platform.

It remains the fastest growing product in Uganda growing at an average of 39% bringing more businesses and people into the formal economy. The service has been transformative in easing commerce, money transfers, utility bill payments and merchant transactions.

Early this year, Cignifi inked an agreement with the International Finance Corporation (IFC) aimed at expanding the delivery and usage of mobile financial services in Uganda.

Headquartered in Cambridge, Massachusetts, Cignifi is revolutionizing the way financial service companies meet the needs of more than 1 billion people worldwide with a mobile phone but no access to formal financial services. The company has developed the first proven analytic platform to deliver credit and marketing scores for consumers using mobile phone behavior data.

George Achoroi, a private financial consultant however argues that despite the popularity of mobile money, its potential is yet to be fully utilized.

“The high access to mobile phones has indeed accelerated the uptake of the service. However, the service is still primarily a tool for transferring money. There are so many other possibilities like salary remittances that could benefit from this service.”

He further claims that Mobile money mainly makes sense to the urban folk who transact in larger sums. For the rural folk though, it is still a costly service given that their transaction amounts are relatively lower, but the charges are not lowered.

However, Christopher Ssali, a Senior Manager in charge of Mobile Money at MTN Uganda dismisses these claims.

“MTN Mobile tariffs are one of the lowest in the region and are designed to make the product affordable for all Mobile Money users across the different segments. These tariffs are published on the MTN Website,” he said in an email response to PC Tech Magazine.

Ssali also intimated MTN is exploring a several possibilities aimed at enhancing the penetration of mobile money usage amongst the rural folk.

“Currently we are in talks with different technical aggregators to enable SACCO members have unlimited access to their SACCO accounts, check SACCO balance, deposit and withdraw from the SACCO using Mobile Money.

“As the Market leader in the Mobile Money innovations space, we are working on a number of initiatives to make our customer’s lives a whole lot better, some of these include, International Remittances, Gas Payments (Integration with Fuel stations), Loans (customers and agents) and Savings….among others,” reads the response in part.

Mobile Money has no doubt become a global product and has been transformative in Africa especially in the East African region by enhancing financial inclusion and lowering the cost of doing business especially for bulk collections and distribution of cash. Its regulation is currently done through mandatory partnerships with banks that are regulated by the Bank of Uganda.

In  the  developing world,  where  the  reach  of  banking  infrastructure  is  severely  limited,  Mobile Money is  a  big  deal given that more people can be reached faster and in a cheaper way. 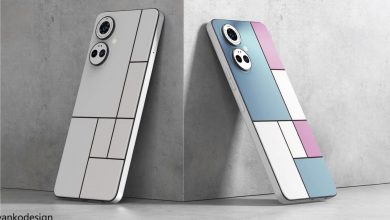