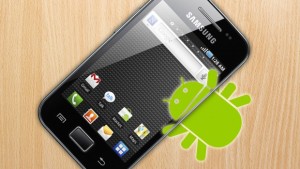 Avast has discovered a new form of malware on a number of popular apps throughout the Google Play Store, meaning that millions could be infected.

The Anti-virus company discovered the exploit after a user posted a tip to its forums.

The malware in question sits on a number of apps in the Google Play Store across a number of countries. What’s even more disturbing is that many of these apps have already been downloaded millions of times.

Most prominent of these infected apps is a card game called Durak, which has (according to Google’s own figures) attracted 5-10 million downloads.

When you install an infected app, your phone’s behaviour will appear normal for as long as 30 days, which serves to mask the culprit of what comes next.

The app in each case, offers a button to help fix this issue and when you agree, you will be redirected to more harmful software on fake app stores, including apps that send premium SMS messages or collect personal data.

Google says, the apps listed in this report have now been suspended, but the worry is that there are more of them out there.