SpaceX, the space exploration startup helmed by ex-PayPal founder Elon Musk, has confirmed that it has raised $1 billion in new funding, in a round including Google and Fidelity, who join existing investors Founders Fund, Draper Fisher Jurvetson, Valor Equity Partners and Capricorn. Google and Fidelity get an ownership stake just shy of 10 percent in exchange for their investment.

A report from the WSJ broke yesterday that Google was considering a sizeable investment in SpaceX, with a valuation of more than $10 billion (which is in keeping with Google and Fidelity getting less than 10 percent ownership for their combined $1 billion contribution). The investment was said to be aligned with Google’s plans to make Internet connectivity more accessible on a global scale.

The Information originally reported that Google was investing in SpaceX in order to support a satellite project specifically aimed at broadening Internet availability. Musk has discussed the project, which is being run out of a newly opened Seattle office, as involving hundreds of micro-satellites that will operate in very low orbit, offering faster communication vs. traditional satellites, and helping to pave the way for future Mars missions.

Google’s Project Loon is also striving to increase the availability of Internet connectivity, using a network of high flying balloons to network hard-to-reach areas. Musk’s plan has a couple of differences, though the projects actually share a lot in common: SpaceX’s design calls for satellites flying higher and faster than Google’s balloons, but the aims of casting off the limits of terrestrial networks still apply. 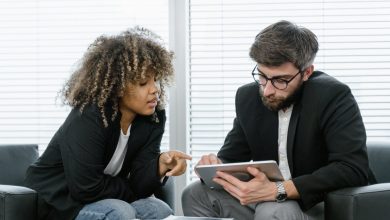