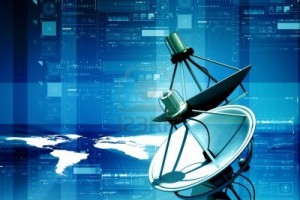 The University of California Berkeley’s Search for Extra-terrestrial Intelligence (Seti) programme has come up with two new ways to allegedly contact alien life on other planets.

The first method involves using multiple radio telescopes in different countries to scan a wide range of wave-lengths from 30 stars near the sun, in order to detect narrow-bandwidth radio signals in space.

Narrow-bandwidth radio signals are not known to occur naturally, so detecting such signals could signal the presence of extra-terrestrial technology.

Dan Werthimer, director of the Berkley Seti Research Center, told an audience during the Smithsonian Magazine’s The Future is Here Festival in May: “If we are polluting space, perhaps other extra-terrestrials are leaking signals. Maybe they’re sending something our way.”

The project will look to examine signals coming from 30 stars that lie 16 light-years (or 5 parsecs) from the sun, including 13 single stars, seven binary systems and one triple system, as well as two white dwarfs and a moderately evolved F star, according to Space.com.

Observations using the radio telescopes will start over the summer using the Low Frequency Array (LOFAR) telescope in the Netherlands and the Green Bank Telescope (GBT) in West Virginia, and they will then be joined by the Californian Infrared Spatial Interferometer (ISI) at Mount Wilson Observatory and the Nickel Telescope at Lick Observatory.

The second method of eavesdropping on aliens involves making use of Nasa’s Kepler telescope to detect signals sent from planets as they orbit – occasionally two planets will line up in the same orbital path, pointed towards Earth, and the Kepler telescope will then be able to pick up any signals that might be sent from one planet to another.

So far, using the Green Bank Telescope, the team has picked up on this phenomenon happening 75 times, and the range of radio frequencies that can be picked up include those used by mission control on Earth to communicate with astronauts and spacecraft orbiting around other planets.

“Our detection algorithms are sensitive to communications like those used by NASA’s Deep Space Network to communicate with spacecraft, so if E.T. broadcasts something similar at sufficient power, we could hear it,” SETI-Berkeley’s Andrew Siemion, chief scientist of the eavesdropping project told Space.com.

Of course, detecting signals is no easy feat, and some radio signals, for example, those transmitted by terrestrial television, would be too weak to be detected.

What could be detected would be a signal like the US Air Force’s “space fence” high-frequency radar surveillance system which was built to detect objects in orbit over the US.