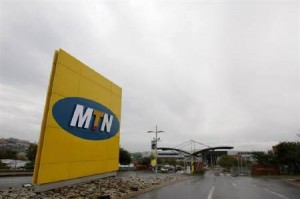 MTN alongside Globacom and Airtel have been sanctioned by The Nigerian Communications Commission (NCC) the sum of N647.5 million for breach of key performance indicators (KPIs) and poor quality of service for the month of January 2014.

Etisalat was the only operator given a clean bill as it met all the set KPIs.

In letters dated February 19, 2014, addressed to each of the affected companies, NCC said after collating statistics from the network operating centres of the operators in the month of January, discovered that the services provided by MTN, Airtel and Globacom fell below the KPI published by it in 2013.

A breakdown of the sanctions indicate that Globacom was penalised, N277.5 million for three breaches, while MTN and Airtel got sanctioned N185 million each for two breaches.

NCC set a target of 1 per cent in the DCR category. The audit report referred to by NCC in its letter stated that for the month of January, MTN and Globacom failed to meet the target, while Airtel exceeded the target with a score of 0.84 per cent.

For the SDCONG KPI, with a target of 0.20 per cent, Airtel and Globacom failed to meet the target, scoring 0.40 per cent and 0.58 per cent respectively, while MTN exceeded the target with a score of 0.17 per cent.

All the three operators were barred by NCC from selling new SIM cards throughout the month of March 2014, with effect from March 1 to March 31; barred from churning or deleting from their networks inactive (or non-revenue generating SIMs) during the period March 1 to March 31; barred from supplying new SIM cards from their warehouses to dealers or third parties during the same period; and stopped from all promotions until the identified KPIs considered are positively addressed.