Uganda’s technology environment has improved with the establishment of innovation spaces like Appfrica Labs and Hive Colab, both situated in the capital Kampala, coupled with startup events and corporate sponsored training sessions for tech entrepreneurs. Albert Mucunguzi, founder of Uganda’s PC Tech Magazine, talks to How we made it in Africa’s Dinfin Mulupi about the state of Uganda’s technology sector.

How vibrant is the technology sector in Uganda?

Very vibrant! You can tell from the increase in the number of startups and general ICT events in the country. I think in the [East Africa] region, it is second only to Kenya – for obvious reasons – but even then, not so far behind.

What would you say are the best innovations that have come out of Uganda?

“Made in Uganda” is a statement of the future; hopefully, short-term future. But looking at what is on the market already, we are talking about apps like Matatu (a cards game) and MafutaGO (a cheap fuel locator) developed last year that came third at the Mobile World Congress in Barcelona.

But like I said, all these are really in their infant stage. It will take about two years before we can see real results of the current boom in innovations. Of course, I wouldn’t have answered this question if I didn’t talk about PC Tech Magazine, founded just two years ago, but already selling in West Africa as well.

What are some of the challenges facing Uganda’s tech industry?

First of all, there is too much of the same thing going on, especially web-based projects: online directories, catalogues/stores and news websites. So many of these are started every day with little consideration for the factors that led to the success of such initiatives. In the end, most entrepreneurs drop their ideas before they have been monetised.

Online advertising is still very low in Uganda. Programmes such as Google AdSense do not bring in significant revenue, not even enough to support the cost of hosting the websites in some cases. Most young entrepreneurs get tired of their projects in the first year or so.

How can the situation be improved?

Where do you see the sector in five years time?

In five years, I expect about 50% of the total population to have access to the internet, which will present a unique opportunity to web-based business initiatives.

This interview was first published by How We Made It In Africa. 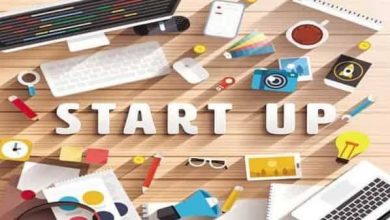