This program is part of Snap’s 523 initiative, which aims to support underrepresented creators.

“Black creators face unique systemic barriers across the creator industry — from disparities in compensation and attribution, to toxic experiences and more,” the company wrote in a press release.

“We believe one of the ways we can help remove some of those barriers is to provide mentorship and financial resources to emerging Black creators in the early stages of their professional career,” the statement read.

Of course, this program is also beneficial for Snap itself — they’re essentially making sure that 25 emerging creators have the funding and support to make it big, but they’ll do so as a Snap-first creator, focusing their efforts there perhaps more directly than on TikTok, Instagram Reels or YouTube Shorts.

Patreon also recently launched Pull Up, an incubator for creators of color, noting that BIPOC creators are paid 29% less than their white peers.

These programs mark an industrywide response to inequity in the creator economy.

Last year, Black dancers on TikTok went on strike after their viral dances were consistently copied without credit, and in 2020, a TikTok “glitch” made it so that videos tagged #BlackLivesMatter and #GeorgeFloyd looked like they had zero views.

Snap’s news comes at a time when the tides may be slowly changing.

As of yesterday, Charli D’Amelio’s multi-year reign as the most followed TikToker has ended, with Senegalese-born Khaby Lame taking the throne with 142.7 million followers, compared to D’Amelio’s 142.3 million.

Still, OkayPlayer noted earlier this year that Black creators were noticeably missing from Forbes’ highest-paid influencer list — D’Amelio sits at No. 1 with $17.5 million in yearly earnings, while her sister Dixie is bringing in $10 million.

The D’Amelio’s fortune doesn’t come from just posting videos — they have a Hulu reality show, a clothing line with Hollister, numerous brand deals and a Snap original show of their own.

The D’Amelio sisters and their parents have also become venture capitalists themselves, investing in FaceTune maker Lightricks.

Aside from its 523 accelerator ecosystem, Snap also runs Yellow, a tech incubator that invests $150,000 into creative startups.

Snap says that seven out of nine companies funded in 2021 have at least one BIPOC or woman founder, which unfortunately remains a rarity in tech.

ALSO READ: Snapchat to Let Users Share Stories Outside the App With a Link 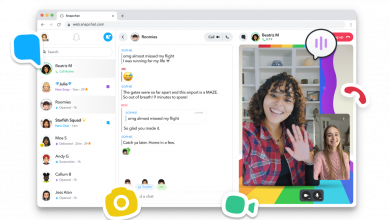