This month, we’re expected to see a total of 16 smartphones getting launched from brands like Samsung, Oppo, Realme, Redmi, Nubia, Lenovo and others. One of the much-anticipated phones to launch this month will be the flagship Samsung Galaxy S22. There are also many gaming phones that are linedup to launch after the Chinese Spring festival. Let’s take a look at the entire list of upcoming smartphones this February 2022.

The Reno7 for India will have different specs as compared to the Chinese model. It is touted to be a rebranded Reno7 SE. That being said, it will come with a 6.43-inch FHD+ AMOLED display with a 90Hz refresh rate. It is expected to have a 48MP + 2MP + 2MP triple rear camera system and a 16MP selfie snapper. It will be powered by the MediaTek Dimensity 900 SoC paired with 8GB RAM and 128GB of storage. It will pack a 4,500mAh battery with 33W fast charging support.

Infinix is all set to launch its Zero 5G smartphone on February 8 in India. The smartphone will bring Dimensity 900 SoC to the table and have a faster LPDDR5 RAM and UFS 3.1 internal storage. The smartphone is rumored to come with a 6.67-inch FHD+ AMOLED screen with a 120Hz refresh rate.

Xiaomi’s Redmi will take wraps off its Note 11 series on February 9 in India. The Indian region is expected to get the Note 11 and Note 11S in the market and elsewhere in the world including Uganda.

As of now, there is no specs leak of the phones but rumors suggest that these variants will be the same as the global models. Having said that, the duo is expected to have a 6.43-inch 90Hz AMOLED display with an FHD+ resolution. The Note 11 will feature a quad-camera system with a 50MP + 8MP + 2MP + 2MP setup, while the Note 11S is expected to have a 108MP main lens and the same auxiliary sensors.

Vivo has scheduled to launch the Vivo T1 5G on February 9. Rumors are rife that the new T series is the new value for money series for the online market. Some of its specs were tipped recently and notably it won’t be the same model as the Chinese version.

The Vivo T1 5G for India is said to come with a Snapdragon 695 SoC. To recall, the Chinese version has Snapdragon 778G. Other specs of the phone are unknown at the moment. But, it may come with a high refresh rate screen, a big battery, and fast charging support. The device is expected to have good cameras in the segment. All this would cost under $268 (~UGX938,000) as per a recent report.

Samsung’s Galaxy S22 launch has to be one of the most anticipated launches this month. Samsung has set a launch date for Unpacked and it’s happening on February 9.

The series will have S22, S22+, and S22 Ultra and as expected, most of the specs have already been leaked. The S22 and S22+ will sport an FHD+ Dynamic AMOLED 2X panels. The screen size will differ i.e 6.1-inch for the former and 6.6-inch for the latter. The Ultra, on the other hand, will have a QHD+ LTPO AMOLED panel. The trio will have a 120Hz refresh rate.

A new report reveals that Motorola may bring the Edge X30 in the Indian and Global markets as the Moto Edge 30 Pro. However, there’s no launch date as of now.

The Edge 30 Pro is expected to come with a 6.7-inch OLED FHD+ panel with a 144Hz refresh rate. The screen will double up as an in-display fingerprint scanner. It will be a flagship phone that would be powered by the Snapdragon 8 Gen 1 SoC. It will have up to 12GB of LPDDR5 RAM and 256GB of UFS 3.1 internal storage. The device is expected to pack a 5,000mAh battery and have 68W fast charging support.

At the moment, there’s no detail regarding its pricing.

Last month, iQOO launched the iQOO 9 series in China, and this month, it is expected to launch in India. The Indian models have passed several certifications hinting at a sooner launch, as early as this month.

Realme has already launched the GT2 series in the Chinese market. Now, it is expected to launch in Indian and global markets.

The Realme GT2 and GT2 Pro will most likely have the same specs as the Chinese models. The GT comes powered by the Snapdragon 888 SoC, whereas, the GT2 Pro has Snapdragon 8 Gen 1 SoC. The Pro model has a 6.7-inch QHD+ LTPO AMOLED display and the vanilla sports a 6.62-inch FHD+ AMOLED screen. The duo has a 120Hz refresh rate.

Redmi is expected to launch the Redmi K50 series of phones after the Spring festival this month. The series will come with up to 120W fast charging support. It will run on MIUI 13 out of the box. Initially, the series will be only released in China and is expected to launch later in the global and Indian markets.

Several reports have revealed that the Red Magic 7 will debut this month in China. It will be a gaming phone powered by the Snapdragon 8 Gen 1 SoC. It will feature a 6.8-inch FHD+ display with a 165Hz refresh rate. It will have a 64MP triple camera system and an 8MP selfie snapper. The device was spotted with 18GB of RAM and a battery that has 165W fast charging support. As of now, the details of the Red Magic 7 are scarce but we are expecting to hear more in the coming days. Last month, Lenovo scheduled the launch of the Legion Y90 for January 1, but unfortunately, it was never released. But now as per notable tipsters, the phone will debut this month after the Spring festival in China.

The Lenovo Legion Y90 will feature a 6.9-inch FHD+ display with a high refresh rate support. It will have a 64MP + 16MP dual rear camera system at the rear anda 44Mp selfie snapper. Since it will be a gaming phone, it will be powered by the powerful Snapdragon 8 Gen 1 SoC. It will come with up to 16GB of RAM and 512GB of internal storage.

It will pack a 5,600mAh dual-cell battery with support for 68W fast charging technology. The device will come in various colors including Black, White, Green, Gold, Red, Cyan, Grey, and Silver. It is expected to compete with the upcoming Black Shark 5, Redmi K50 Gaming, and Red Magic 7. 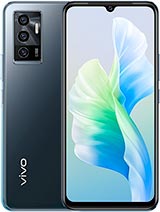 The specs of the India model are unknown but it is expected to have the same specs as the model launched in Thailand earlier. The Vivo V23e in Thailand has a 6.44-inch FHD+ display. It has a 50MP + 8MP + 2MP triple rear camera system and a 44MP selfie snapper.

It will be powered by the Dimensity 810 SoC paired with 8GB RAM and 128GB onboard storage. One of its highlights will be the 44W fast charging support for the 4,050mAh battery inside the handset.

Realme’s C31 was spotted on a few certifications confirming its launch to be sooner. The smartphone may launch this month at a budget pricing in India and other markets.

The smartphone will be powered by a budget chipset and pack a 5,000mAh battery. It won’t have any fancy charging speeds, but rather a 10W speed. The phone will run on Android 11 OS and have Bluetooth v5.0 support.

Samsung is expected to launch two new A-series phones in the market. The Galaxy A33 5G may debut this month with a 6.4-inch FHD+ AMOLED display and a 48MP quad-camera system. It will be powered by a Dimensity SoC, however, the exact chipset details are unknown at the moment. The Galaxy A53, on the other hand, will be a mid-range phone with a 6.46-inch  display. It is expected to come powered by the Exynos 1200 SoC and back a 4,680mAh rater battery, as per TENAA. It will have a 25W fast charging support and feature a 64MP triple camera system.

There’s no price information for both of these phones.

These were some of the upcoming phones launching in the month of February 2022. Which smartphone are you most excited about? Do let us know in the comments.

ALSO READ: Sneak Peak into 2022: These smartphones are set to be Launched

Nothing to launch its debut smartphone on July 12th