With each new technological innovation, the rate of growth in tech industries increases. Whether related to space aeronautics or ordering a meal for delivery, there’s an unbelievable web of history and invention behind each concept. Despite living closely with technology, many are unaware of the deep historical ties.

In fact, most keep their eyes on the future. Some experts have hypothesized a future in which humanity and technology sync together, known as the technological singularity. With many looking forward in anticipation of such possibilities, there’s little interest in the past.

However, some of the most helpful and popular tech crazes today have interesting origins around the world. And it all began in ancient Sumeria with the very first calculating device: the abacus.

The Computer & the Abacus

At its most basic, a computer is a calculating device. Though computing hardware didn’t emerge until the 20th century, early humans still knew the value of making precise calculations. To do this, ancient Babylonians (between 2700 and 2300 BC) created a ‘counting frame’ in which they could move beads to keep track of larger numbers.

Before creating wooden frames with bars and beads, Sumerians drew lines in the sand and carried pebbles to make larger calculations. The abacus simplified this process and made it mobile, allowing more people to make handy calculations and build their familiarity with math.

Despite poker’s modern association with the Wild West saloons of the American frontier, the game actually has its ancient origins in As-Nas, a Persian card game that stretches back to the 16th century. This early version of poker used five suits for a total of 20-25 cards. Players sought to make pairs, two pairs, trips, and full houses, much like today’s modern iteration.

From there, some historians think the game traveled west into Europe in the next century. The French game of poque and the German pochen closely resembled As-Nas in certain respects. Today, As-Nas is no longer played in Persia, though the cards are preserved and shown in museums because of their beautiful and intricate designs. 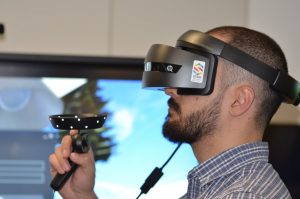 Most people will play Tetris at some point in their life. Though not everyone will download the game and play it regularly, there are enough hardcore fans of the puzzle game that it’s got its own syndrome, known as the Tetris effect.

But back in 1984, Tetris was the passion project of a software engineer who worked for the Soviet Academy of Sciences. The game drew on his love of pentominoes and tennis and proved popular with his coworkers. From there, the project was handed off to officials, who sold it to US and UK markets despite ongoing tensions from the Cold War.

Today, VR is known for bringing some of the craziest experiences in entertainment into the home. There are horror games like The Walking Dead, puzzle games like Astro Bot Rescue Mission, and even outer space tours from NASA. But the earliest VR games were utilitarian rather than recreational.

Back in 1929, an American inventor created the very first flight simulator to help train pilots. Though there wasn’t a headset, the simulator was electromechanical, able to recreate turbulence and other disturbances. This early example inspired future scientists to develop similar projects via computer hardware in the 1950s and 1960s.

Digital and analog alarm clocks are one of the most important aspects of modern life, as very few people fall asleep without setting up their alarm. It turns out that keeping track of time has been a priority from the earliest days of history. Back in the fifth century BC, the Greek philosopher Plato adapted a water clock to sound an alarm.

Water clocks measured time by dispensing water at a specified rate. Plato adopted a rudimentary water clock to ring an organ to alert others that his lectures were about to begin. Other examples of early alarm clocks include Yi Xing from 8th century China and the Umayyad Mosque from 11th century Syria.

Should You Switch to Ethereum in iGaming?

Editor’s Pick: Why Smart Home Technology is so Popular