The UG Hip Hop Awards in collaboration with MTN Uganda awarded winners of the 5th Edition of the MTN Pulse Hip Hop Awards —simultaneously awarded the winner in the cypher competition, a competition that allowed new and undiscovered talent to showcase their abilities in the Hip Hop rap battle.

Charles Ameto emerged as the overall winner of the cypher competition receiving a cash prize of UGX1 million. The first, second and third runner up in the competition received UGX800,000, UGX600,000 and UGX400,000 respectively.

As for the MTN Pulse Hip Hop Award winners, they were voted through the MTN Pulse app and the MTN Pulse micro website through which the MTN Pulsers had visibility of the winners in real time. They were later awarded at an ceremonial event held at MTN Warehouse at MTN Jinja road-based headquarters on Sunday 16th, May 2021.

These annual musical awards recognize and celebrate the growth in the Hip Hop music genre in the country.

MTN Uganda Chief Marketing Officer, Mr. Somdev Sen, said MTN’s decision to support the awards is based on the fact that Hip Hop is still the most preferred music genre in Uganda especially among the youth thus the need to support the music genre to grow to its full potential.

“Hip Hop is remains a favorite music genre for most of the youths in this country as it allows them to express themselves and be who they want to be without limits. This is the true spirit of MTN Pulse. We are about creating a community of likeminded people who are young at heart and want to live life without fear or limits to their potential. That is why we are happy to be part of these awards every year,” Somdev explained.

“Hip Hop artists continue to shine out there. If you listen to the top twenty most requested songs on radio today, about 10 or more of them will be Hip Hop songs. And Uganda is one of the very few countries with Hip-Hop awards, which has supported us to grow,” Navio said.

The winners of the 5th edition MTN Pulse Hip Hop Awards were;

The colorful awards ceremony was attended by a number of lucky Pulser who engaged in lots of fun activities and an array of thrilling entertainment from the finest in the Hip-Hop industry.

According to Somdev, it’s easy for youth to become MTN Pulsers; All they have to do is simply download the Pulse App available on both google play and iOS play stores. The MTN Pulse app is an interactive platform where everything about the Pulse Nation lives including the funkiest content and offers from MTN Uganda.

Joan Banura, a lady of a number of hats and faces is a Technology enthusiast, blogger and journalist. Besides journalism, Joan is a voice over artist, social media influencer, website developer, and designer.

Baryomunsi, Ssebugwawo Sworn in as Minister and State Minister For ICT 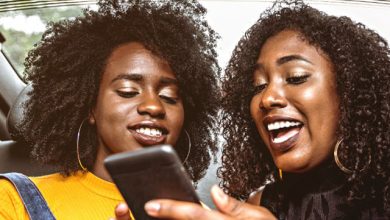 Editor’s Pick: How to Create Your Own Bundles on MTN