Founder of Santa Clara, California-based computer security software firm; McAfee and CEO of MGT Capital Investments Inc. John David McAfee, on Monday announced that the ‘John McAfee Privacy Phone‘ – which according to online reports he claims will be world’s most hack-proof phone and is also said to be launched later this year from his MGT Capital Investments firm at a price tag of USD$1,100 (roughly 4,009,500 UGX).

“The John McAfee Privacy Phone, by MGT – first prototype. World’s first truly private smartphone. You gonna love it,” he writes in a tweet.

According to reports, John McAfee told Newsweek that the Phone will feature hardware switches at the back that will allow users to disconnect the battery, turn off the antennas, Wi-Fi, the camera, Bluetooth and geolocation, and even the microphone. The switches can also be used to bar the device from connecting to IMSI catchers. McAfee said the device comes with a in-built web search anonymizer as well.

The Verge points out that while hardware switches can bring convenience in isolating the device from networks, anybody with physical access to the product will be able to get access to this functionality.

According to Digit, Newsweek cited a security expert who said consumers choose ease of use over privacy. In addition, physical switches may seem simple, but they can be turned on and off by anyone, which means the phone’s owner has to be all the more careful with it.

The full specs of the product are said to be released a week before the phone is launched. However, Nordic’s announcement says it’ll be an Android smartphone sourced from existing OEMs models, which will then be tweaked by the parties involved to add security features.

John McAfee Claims He Can Hack Into WhatsApp 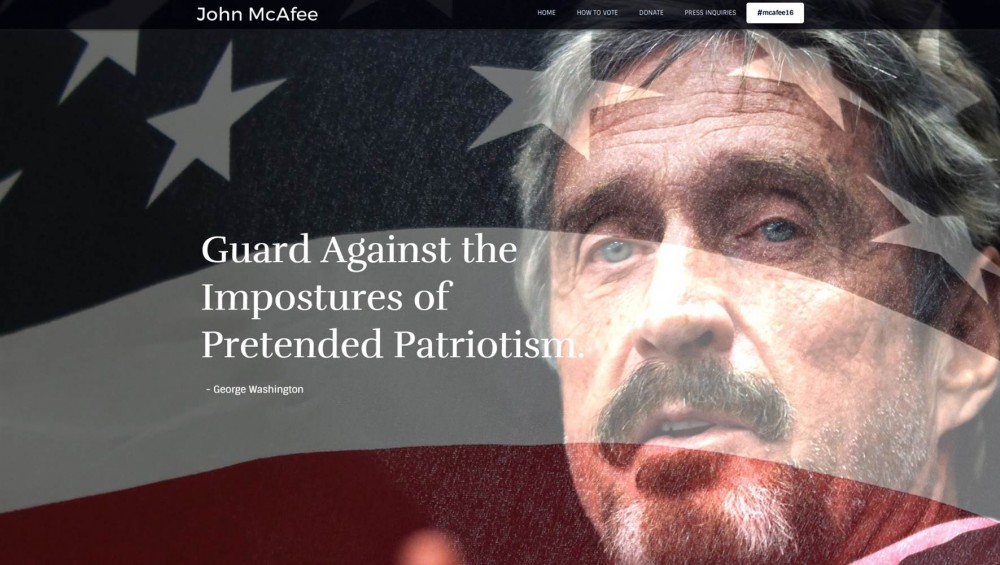 Antivirus maker John McAfee is running for President of the US