Inventors, entrepreneurs, engineers, investors, researchers, and business leaders working in the technology sector often cast themselves above politics, well this time round Donald Trump’s candidacy is too much too swallow. As many as 145 leaders in the tech industry  who are inhabitants of the Silicon Valley ,signed on to an open letter published Thursday, slamming Republican presidential candidate Donald Trump.

Trump would be a disaster for innovation,” they write. “His vision stands against the open exchange of ideas, free movement of people, and productive engagement with the outside world that is critical to our economy — and that provide the foundation for innovation and growth.”

“We believe in an inclusive country that fosters opportunity, creativity and a level playing field. Donald Trump does not,” the signatories write. “He campaigns on anger, bigotry, fear of new ideas and new people, and a fundamental belief that America is weak and in decline.”

“Donald Trump proposes “shutting down” parts of the Internet as a security strategy — demonstrating both poor judgment and ignorance about how technology works. His penchant to censor extends to revoking press credentials and threatening to punish media platforms that criticize him.”

The presumptive Republican presidential nominee has been outspoken on technology issues, calling for a boycott of Apple products earlier this year when the smartphone maker was locked in a security battle with the FBI. Last year Trump surprised his rivals during a debate when he suggested clamping down on internet connectivity as a way to limit ISIS’ ability to recruit and raise funds online. 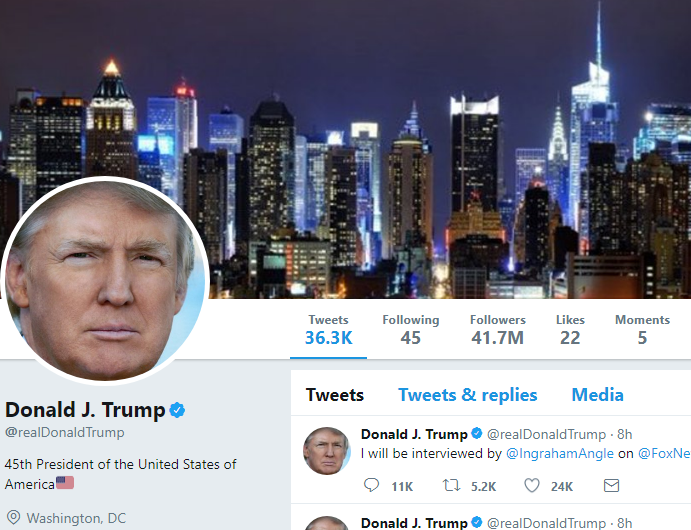