“I first got exposed to [coding] when I was 10 years old on an Apple II,” Federighi, Apple’s senior vice president of software engineering  told me over the phone last week. After that “fireworks went off in my head,” he added.

Now Federighi, Apple and a host of other companies participating in Computer Science Education Week’s Hour of Code program, sponsored by the non-profit organization Code.org, are hoping to generate that same spark in millions of school-age children, some of whom may participate in free, one-hour courses at Apple Stores around the world.

“It’s so important because if we can get as many people as possible that spark, that realization that programming is for them, that starts off a process. I believe coding is fundamental to literacy in the future,” said Federighi.

It’s Apple’s third year of participation and this year the company is expanding the program to virtually all of its 468 stores (you can check availability here). Apple hopes to reach 10,000 students during the one-day event on December 10.

“Hour of Code workshops are incredibly popular in our stores and our teams love the opportunity to enrich young lives. And as students grow and learn, the community gets stronger as well. I cannot think of a better gift this time of year than to use our stores, our products and our amazing, talented teams to educate and inspire the next generation,” said Angela Ahrendts, Apple’s head of retail, in an emailed statement.

“We’re inspired to see this grassroots movement continue to grow and humbled by Apple’s support for the campaign,” said a Code.org spokesperson, “helping young people everywhere take a first step to build the technology that’ll change our world, not just use it.”

In Apple stores, participants as young as six years old will encounter thematic programming courses that revolve around what organizers think are some of their key interests, includingStar Wars and Minecraft.

“Yes, many of our peers are also sponsors or involved in some way in the Hour of Code. While we certainly have our differences in other areas, we’re all passionate about seeing the next generation of kids learning to program,” Federighi told me.[related-posts]

Microsoft and Google are actually hosting a Code.org Hour of Code kick-off event in Times Square, New York, on Monday.

Can it be cool?
Federighi explained that the goal is to expose everyone to coding or at least the fundamentals of it. But is the term “code” too daunting for some? Federighi told me that while that might have been true a generation or so ago, things have changed for today’s generation.

“Using these devices, using the product of computer programming, has become so much part of every young person’s lives, as a user of tech, this generation is very technology native…Now I think every kid realizes that huge aspects of their lives are effected by software,” he said.

There will surely be some students who will have the same epiphanous moment Federighi had when he was 10 and turn into lifetime programmers. However, that’s not necessarily Hour of Code’s goal.

Apple’s software engineering lead said that getting them “thinking like a programmer” is a skill that can help in virtually any profession. We talked about my own limited programming background and Federighi insisted that my early exposure likely helped me succeed.

The programming students will encounter throughout Hour of Code week is, admittedly, nothing like what I or the 10-year-old Federighi faced on his Apple II. “It used to take a lot more determination to dig in and to develop the passion. Now it’s so much more accessible,” he said. Instead of lines of code, today’s programmers might be stringing together prepackaged code blocks.

Many students are finding remarkable success with today’s programming tools.

At a recent Apple Developers Conference Scholarship Program event, Federighi recalled, students as young as 12 would rush up to him to show him an app they had programmed. “What they’ve been able to achieve at such a young age, I’m envious,” he said.

Federighi still loves programming, even if he doesn’t get to dig in on any of Apple’s production code — at least for now. The last time he coded full-time was before returning to Apple in 2009 (Federighi was there from 1996 to 1999). Now he tends to do it in his spare time and when on vacation. He codes in XCode and Apple’s new Swift programming language, sometimes on a game or apps, and other times, using XCode’s Playgrounds feature, on bits and pieces of code relating to projects Apple is currently working on. Federighi does it to, as he put it, “kick the tires.”

If Apple and other Hour of Code partners achieve their goal of exposing thousands of children to the power and, perhaps, fun of coding, there will likely only be a handful of future Federighis among them. Perhaps the exposure will also stop people from thinking of coding as something daunting and start considering it as something else.

“Hopefully coding can become cool, we’re all still pulling for that,” said Federighi.

What is the Best Technology for Small Hotels? 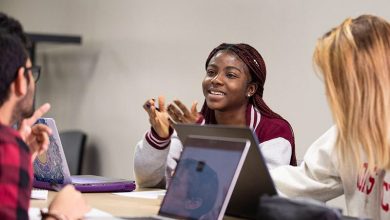