The UK government is unlikely to force developers to build backdoors in their software so that its spooks can snoop on users’ doings.

The move had been expected since Prime Minister David Cameron said that “in our country, do we want to allow a means of communication between people which we cannot read?” Of course he thought that most people would answer no, when the majority think “yes David I don’t want you reading my emails”

Baroness Shields said the government has no intention in forthcoming legislation either to weaken encryption or provide back doors to it. Instead government wants companies to decrypt ‘targeted’ data when required, and provide access to it.

In other words, David is saying “you don’t have to build backdoors, but if the only way you can do what we want is by building one, you better get your skates on, or let us in through the front door.”[related-posts]

The difficulty is that the Conservative government has a lot of backers who are in big business and they want strong encryption to stop the Chinese stealing their data.  But Current law requires that companies must be able to provide targeted access, subject to warrant, to the communications of those who seek to commit crimes or do serious harm in the UK or to its citizens.

Baroness Shields said: “It is absolutely essential that these companies which understand and build those stacks of technology are able to decrypt that information and provide it to law enforcement in extremis”.

Confused?  Yeah.  It appears that this is yet another technology issue that Cameron’s government has not thought through. 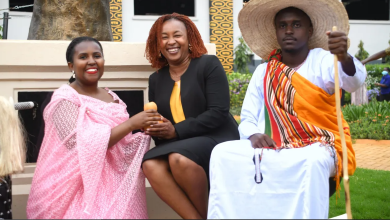