In a rather unusual move last week, MTN Uganda called a Press Conference, the venue of which would be Stanbic Bank Boardroom at Crested Towers in Kampala.

With high-ranking executives from both MTN and Stanbic, the bank’s Managing Director, Patrick Mweheire, opened by welcoming journalists and explaining that the briefing was being held at Stanbic to show more significance to the fact that MTN does not create – or even, keep – any of money from the MTN Mobile Money division of the telephony giant.

“Stanbic is the licensee of Mobile money; and it is the custodian of the Escrow account,” Mweheire said, before explaining that Mobile Money is treated as a key peace of the puzzle in government’s efforts towards financial inclusion, and how therefore, he added, the Central Bank treats it very seriously.

The press briefing had been called specifically to “address the inaccurate and deliberately false story” published by the Independent Magazine, a weekly Ugandan magazine owned by veteran journalist Andrew Mwenda.

The story, of which MTN, in a press release, said “is not only misleading but also a breach of the sub judice rule” was titled “Inside MTN Mobile Money Saga” and about a case currently in court.

“The article alleges that MTN created fictitious money to the value of 21 billion on its Mobile Money platform, and transferred it to its Mobile Money shops,” reads part of the press release.

“The publication further alleges that MTN created an entity called MTN Corporate Liquidity Fund as a super-agent for transactions which were in form or illegal overdrawing of its e-accounts.

“We wish to clarify that Mobile Money platforms do not generate money and to that extent no fake money can be created. All Mobile money platforms generate “electronic value” that corresponds to the value of a customer’s deposit with an Operator’s agent.

Journalists were then showed a presentation which explained the process in which the mobile money business is conducted, with the two entities illustrating that mobile money deposited by a customer to an agent’s account at a kiosk is deposited directly into the bank, and MTN only creates its electronic equivalent that’s credited on the Agent’s account.

The two systems – that at MTN and the Escrow account at Stanbic Bank – are synchronized every 15 minutes, an improvement from twice-a-day as was the case when the infamous fraud happened back in 2011.

“No MTN customer lost money [as a result of the fraud] as MTN Uganda automatically tops up any shortfall between the Escrow account held by the Bank and the transaction value on the Mobile Money platform,” MTN said. “The Bank’s regulations require that if there is any shortfall, the Operator has to use its own funds to immediately top up, on reconciliation of the escrow account held by the bank.”

Asked what happens to money that’s not collected or if a user dies, MTN representatives explained that that money is governed by the same laws that governs banks, indicating that after a period of five years, unclaimed money is paid to Central Bank.

On the likelihood of such a fraud happening again, MTN said control systems are only as good as the people that enforce them, adding that connivance could beat any system.

“The people who were trusted with the responsibility of enforcing the controls broke the trust,” one official said.

“But yes, it’s now easier to detect such a fraud now since the systems are synched every 15 minutes,” he added when pushed further on whether the system is more secure now.

One of the slides in the presentation highlighted the various categories of Mobile Money users, showing that the said Super Agent, as reported by the Independent magazine, is a category whose membership comprises of only banks (financial institutions) and has an account balance limit of a maximum UGX 2billion shillings.

MTN Mobile Money was launched in 2009 and currently has over 7 million registered users with over 3.2 million active. It has directly created over 39,000 businesses as part of the Agent Network, and employs an approximated 160,000 people directly.

To date, more than 85% of the mobile bill payment collections in Uganda are made through the MTN Mobile Money platform which has led to significant increase in financial inclusion of the unbanked public.

It remains the fastest growing products in Uganda, growing at a rate of 39% and bring more businesses and people into the formal economy.

Mobile Money is used in all the 22 countries in which MTN operates and has been transformative in Africa, especially in the East African region, lowering the cost of doing business especially for bulk collections and distribution of cash. 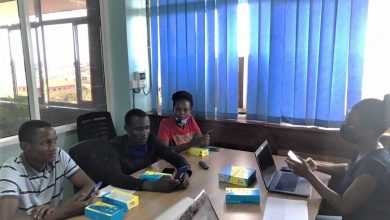 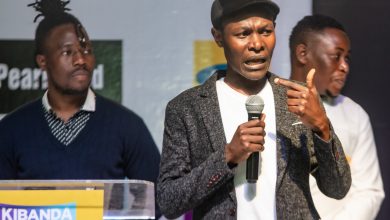 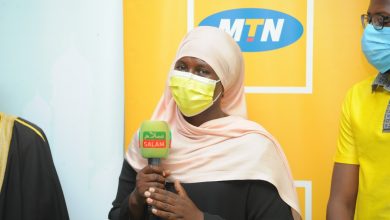