I recently caught up with Thoughtworker Jackline Mutua after her talk at RubyFuza. In this interview she tells me about this talk, her passion for Astrophysics and reducing the gender gap in technology. I hope she inspires you.

Q: What Part of your work do you find exciting?

Breaking stuff and getting it to work ; also the fact that I’m always learning everyday.  I get quickly bored by routine so I guess being a Software Developer was a good call on my part.

Q: Tell our readers, a little bit about yourself and the work you do for Thoughtworks.

Sure! First off, I’m a Software Developer at ThoughtWorks which means I spend most of my time writing code with some awesome folks.

When not writing code, you will definitely find me reading about some Astrophysics stuff or trying to figure out how to make chiptune music. I’m also into gaming (RPGs specifically) though I don’t game as much as I used to,  probably because there are few LAN parties around. 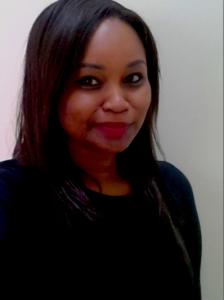 Q: As a woman in Technology, you very well know there is still a few women in the industry. As a young techie, what kept you going and how can fellow ladies learn from the way you might have persevered to the top of your game.

Hmm … I think it’s different for everyone but it was definitely tough, especially when I had to work in an all male team for a long time. I guess the main thing for me was that I understood that I loved programming and that it was all I ever wanted to do, nothing else.

Another thing that I feel is important (for all Developers regardless of gender) is having a sense of awareness and appreciation of what you can do and that whatever you don’t know at any point you will definitely figure out. That is what some people call the ‘Joy of Programming’ :- figuring out solutions to problems and then sharing this with others.

Perhaps this is why I am obsessed with Dijkstra’s Humble Programmer text because it alludes to this. Last thing, get yourself a mentor, really glad I was part of a Tech community in college as I got access to experienced people passionate about the craft.

Q: I understand you were giving a talk at the recently concluded RubyFuza conference. What was the talk about and why was it relevant?

A little bit about RubyFuza: It  is the only consistently running Ruby conference in Africa and it is held in Cape town every year with a mix of local and international speakers. The conference talks cut across technical topics, diversity or even how we can be better as Developers among other topics.

The talk centered around how to manage learning as Developers, hindrances to contributing to open source particularly Ruby Core and how as a community we can change this. It also involved sharing of my own experiences which was nerve-wrecking given the size of the audience.

I think the subject was pertinent because it resonated with alot of the people who attended the  conference (which had a mix of different new and experienced Developers excited about Ruby) and a lot of people came up to me and said “Thanks for speaking about that!”

Q: As an Individual how do you give back to the growth of technology in your local community?

Well I have always tried to be involved in mentoring and teaching and I did quite a lot of this in Kenya before ThoughtWorks. I ran a Google Developer Group (GDG) and was also part of a group of Developers that ran the Kenya Mobile Boot Camp chapter between 2011- 2013.

We carried out a number of boot camps mostly about mobile programming on different platforms. At ThoughtWorks one of the fun things I did last year was  being a trainer at Rails Girls Porto Alegre last year which was interesting because my portuguese was still very bad at that point but it seemed to work out.

We also hold local meetups in the office which I try to get involved in. I actually think I have gained more from others through my involvement in these activities 🙂