BICS, a global provider of wholesale carrier services, has today announced a rapid increase in the number of operators deploying LTE roaming during the last year, with services now available in 75 countries. Operators using BICS’ IP exchange (IPX) platform can offer customers access to LTE roaming sessions with over 150 operators, through either direct connections or peering agreements.

Following pioneering launches in Asia, North America, Europe and Africa during 2013, last year saw widespread adoption in countries across the globe, including: Russia, South Africa, the UAE, Saudi Arabia, France, Poland and Rwanda. Carriers launching the service are able to offer their customers, and visitors roaming onto their network, access to the highest quality data services – driving revenues and increasing the quality of experience for end users.

There are now over 330 commercially launched LTE networks across 112 countries[1]. With such widespread domestic access to high data speeds, subscribers now expect to be able to access similar speeds wherever they are in the world. In order to offer these services, operators must arrange a whole new set of commercial agreements and technical interconnections to support this all-new IP signalling infrastructure, built on IPX, to replace the SS7 signalling network.

BICS’ market leading IPX platform, including LTE signalling, allows service providers to exchange any IP traffic bilaterally with any IPX destination, through one single interconnection with an end-to-end management of quality. This removes the need to engage in separate agreements with the hundreds of operators around the world and allows for the swift deployment of LTE roaming services.

“The growth in the number of networks offering LTE roaming services last year was astounding,” said Mikaël Schachne, VP Mobile Data Business, BICS. “We can now expect carriers to begin utilising the whole spectrum of services enabled by IPX, including deploying next generation voice services and value added packages for subscribers, to further enhance services for their own customers and incoming roamers.” 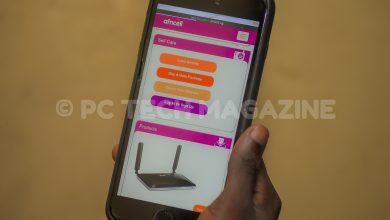 #BeUnlimited: A Plan That Will Leave You Wanting More

Study: Most Mobile Apps Share Your Data with Third-Party Services