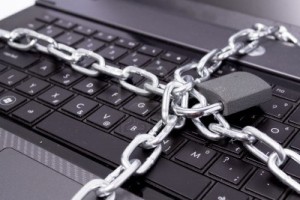 Four men have been accused by Federal officials for hacking into computer networks of the U.S. military and Microsoft and stealing more than $100 million worth of software.

The four are accused of stealing proprietary software used to train Apache helicopter pilots as well as source code and technical specifications related to the Microsoft (MSFT, Tech30) Xbox One gaming console and games including “Call of Duty: Modern Warfare 3.”

According to the FBI, the men conspired to “use, share and sell” the stolen information, and federal officials have already seized $620,000 in alleged proceeds from the scheme.

Pokora and Nesheiwat have already pleaded guilty to conspiracy to commit computer fraud and copyright infringement and are awaiting sentencing in January. Pokora’s plea, the Justice Department said, “is believed to be the first conviction of a foreign-based individual for hacking into U.S. businesses to steal trade secret information.”

FBI says the scheme ran from January 2011 until March of this year. The group allegedly gained access to their targets by injecting malicious code into their networks and stealing user names and passwords from company employees.