Sony announced that it has developed a new magnetic tape that demolishes the previos 29.5GB record.  Sony’s new storage tape is able to hold up to 185 terabytes (TB) of data per cartridge. Sony’s technology allows for tapes that can store the equivalent of 3,700 Blu-ray discs.

The tape holds 148 gigabits (Gb) per square inch, beating a record set in 2010 more than five times over.

Storage tapes are typically used by businesses to hold huge amounts of data for a long time.

Analysts IDC predict that by 2020, global data storage will amount to 40 trillion gigabytes – around 5,200 gigabytes per person.

However, retrieving data from tape is a far slower process. Storage tapes only offer sequential access. This meaning data has to be accessed in the order in which it was written. The tape has to literally be moved to the right position for the data to be accessed.

Hard disc drives, by contrast, allow for data accessed in a much more sporadic fashion, known as random access, making them much more suitable for everyday computer use.

Over a long time period, tape is considered the more reliable approach.

“The rapid recovery of data systems such as databases and data servers following natural disasters, as well as secure management of information has become ever more important, and companies around the world are proceeding to build new data systems,” Sony said in a statement.

“In addition, the expansion of cloud services and the creation of new markets to utilize big data have led to a growing need for a data storage media which can store large amounts of information.”

Sony was able to achieve the high storage capacity by utilising a “nano-grained magnetic layer” consisting of tiny nano-particles, allowing for greater density.

The technology was announced at the Intermag Europe 2014, an international magnetics conference held in Dresden, Germany. IBM helped measure and assess the recording density of this new technology at the conference.

Sony is also working on more consumer-friendly storage. In March it announced it was working with Panasonic on the Archival Disc, which will hold 1TB of data, the equivalent of 250 DVD films 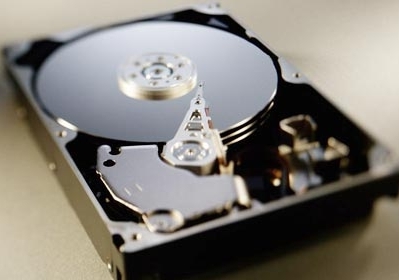