South Africa is going to endeavour to provide the nation with better broadband connectivity and free Wi-Fi in designated areas.

This was revealed by President Jacob Zuma as he unveiled the African National Congress’s 2014 election manifesto in Nelspruit, South Africa over the weekend.

The president highlighted that the government would invest heavily in broadband.

“We will invest in a comprehensive plan to expand broadband access throughout the country and substantially reduce the cost of communication,” he said.

The party would further expand the current national broadband network, and once again highlighted his government’s plan to have most of the nation fully connected to the internet by 2020.

“We aim to connect all schools, public health and other government facilities through broadband by 2020, and at least 90% of our communities should have substantial and superfast broadband capacity by 2020″.

Concerning the free national Wi-Fi, Zuma said that emerging entrepreneurs would be roped in to make it reality. Government will support and develop free-WiFi areas in cities, towns and rural areas. The local electronics sector and emerging entrepreneurs will be stimulated as part of our efforts to support the manufacturing industry.

The ruling party has also promised to focus on clean energy sources. “Both traditional and green energy will be expanded to ensure a platform for growth and social inclusion, including the use of nuclear power for energy generation in a safe and environmentally sustainable manner.

“Solar and wind power will feed into the electricity grid to increase our generation capacity and promote environmental sustainability. Further hydro-electric energy will be secured domestically and regionally for the national grid.” he added. 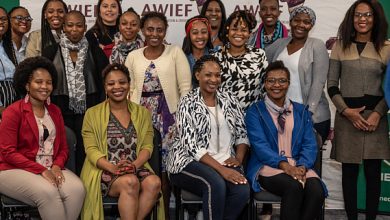